Yesterday was day 3 of “Oh What Fun It Is To …” Yes, I’m a bit behind with my “Create” post, but better late than never! Check out all of yesterday’s creative craft ideas over at The Tichenor Family.

Nick and I like to exercise our creativity in the kitchen, and our contribution to the “Create” link up is no exception.

Last Saturday morning when we woke up, Nick asked if we had red food coloring. We were having friends over for a dinner party that night, and I had no idea what he had up his sleeves. All I knew is that we had to roast sweet potatoes and apples for soup, and I had to bake a cake. So you can imagine my surprise when he declared that he was going to bake Santa Bread.

Yes, my husband has baked dozens of breads over the past year (see sourdough bread, focaccia bread, and French baguettes), but one in the shape of Santa Clause? I was intrigued.

First he combined flour, sugar, yeast, and salt in a large bowl. Next he heated milk, water, and butter on the stove top. Then he mixed everything together to form the dough. After kneading it for 5 minutes with our electric stand mixer, he formed it into a ball and let it rise for 1 hour.

Then the fun began!

He shaped the dough into Santa’s head and hat, and he used scissors to cut strips for the beard. 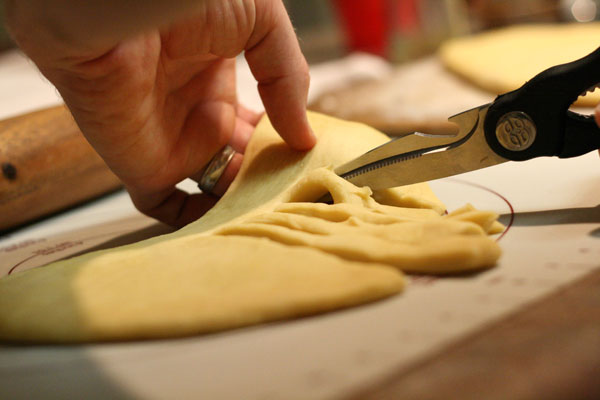 He used the remaining dough to form the mustache, the nose, and the pom-pom and brim for the hat. And he pressed raisins into the dough for eyes. 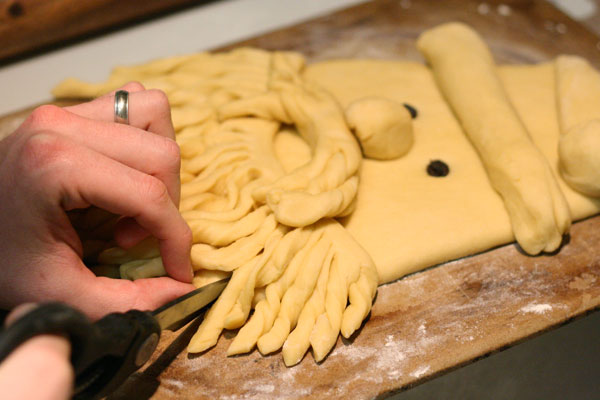 The he brushed red food coloring + egg yolk over the nose, cheeks, and hat. And voila! 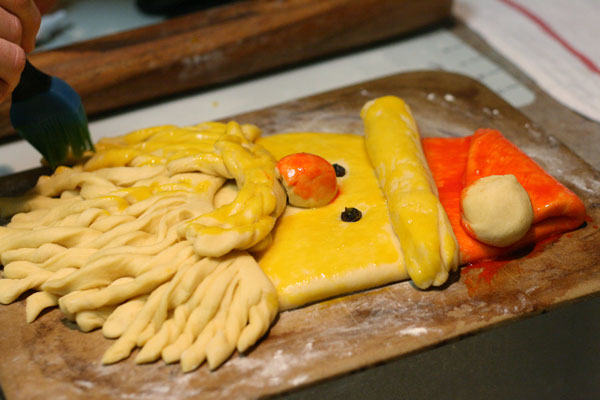 After about 25 minutes in the oven, Nick revealed the cutest (and tastiest!) jolly old Santa Clause just as our guests were arriving. He never ceases to amaze me — that husband of mine. 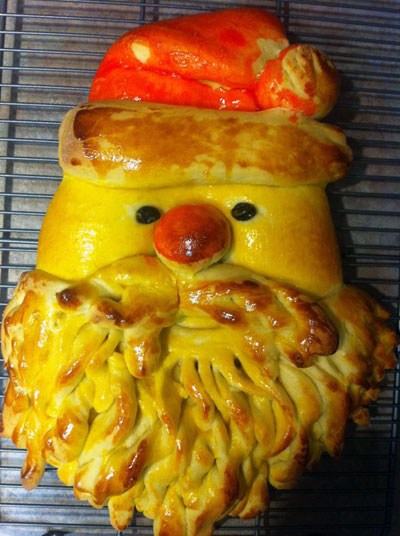 This bread is easy to make and would be a fun family activity to do as we count down the final days until Christmas!

(Adapted from Taste of Home)

6 thoughts on “How to Make Santa Bread”