We met in a lab. Nick was a graduate student, and Emily was there to produce a magazine story. She had a media bag slung over her shoulder and a tripod tucked under her arm. He hovered above a microscope in a crisp white lab coat. Our eyes met, and we smiled, and conversation came easy. 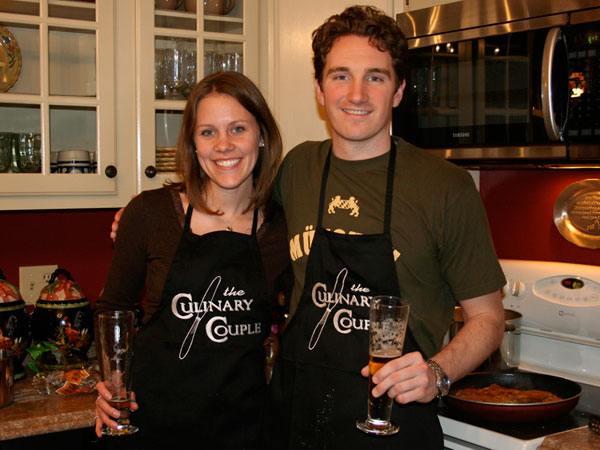 The chemistry that originated in the lab on that April day soon spread into the kitchen. We started small — simply trying to impress one another with sweet potato soup and lasagna. We woke up to pumpkin pecan waffles and strong hazelnut coffee. We shared brie with cranberries and almonds and sips of Blue Moon. We told stories over glasses of Pinot or Chianti while simmering, sautéing, and stirring.

We called ourselves The Culinary Couple and began to chronicle our kitchen adventures together in 2007. As Nick remembers, he declared this a lifelong commitment from the moment we purchased our URL.

And then, two-and-a-half years later, we really did make it official. We stood in a garden on the banks of the Susquehanna River and promised to love each other in sunshine and in rain. And then we celebrated with family and friends over pit-style pork and German sausages, beer from our favorite microbrewery, and a tower of cupcakes.

We recently relocated from western Pennsylvania to northern New Jersey with our three children: Sam (5), Nora (3), and baby Evelyn, as well as our Golden Lucy. We’re hopeful that our kids grow up to love the kitchen as much as we do. 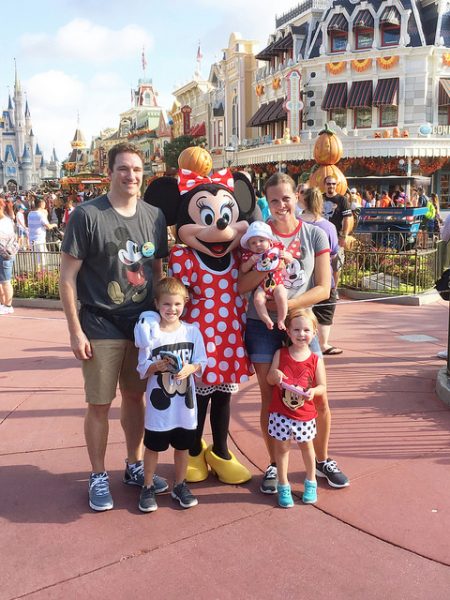 Emily is a writer. She underlines phrases from her favorite food memoirs and organizes her grocery list according to the layout of the store. She loves strawberries, French press coffee, dark chocolate, and her red KitchenAid stand mixer. Contact Emily at emily@theculinarycouple.com.

Nick is a scientist. He likes to experiment with malts and hops and flour and yeast. He loves pistachios and microbrews and his red Le Creuset Dutch oven. Nick is fond of cutting boards, he can’t resist the combination of chocolate and peanut butter, and he makes a mean Wienerschnitzel. Contact Nick at nick@theculinarycouple.com. 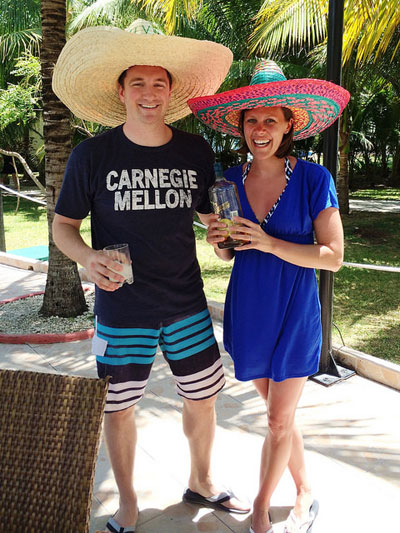 About THE CULINARY KIDS

Our culinary kids love to eat! Spaghetti and meatballs, quesadillas and guacamole, carrots and hummus, pancakes and maple syrup. Find out how we introduced food to the kids and get some of our favorite munchkin recipes. 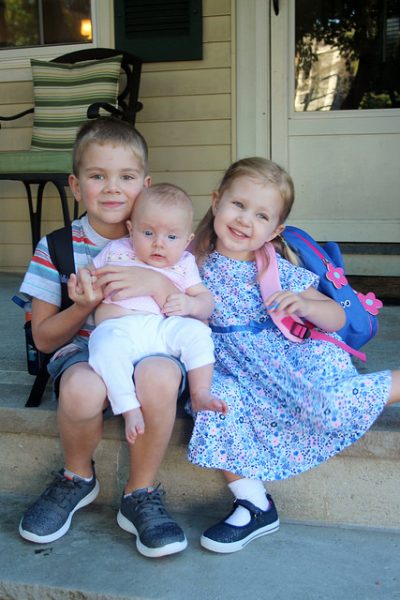 To us, cooking isn’t just about preparing delectable dishes; it’s about laughter and love. It’s about finding pleasure in seasonal ingredients and making memories in bites bursting with flavor.

Join us as we chronicle our adventures in parenthood — both inside and outside of the kitchen!