When Nick revealed the seasonal ingredient of our first Challenge, I immediately thought of pizza. Not pepperoni or mushroom or Margherita, but … pear pizza!

Over the Christmas holiday, we dined at a wine bar in Escondido, California. We ordered glasses of local red wine and no less than five pizzas for the group, including one with artichokes and olives, one with four types of cheese, and one with pears, Gorgonzola, and arugula. And I have not forgotten that pear pizza. It so closely resembles my favorite autumn salad, and I was excited to have a reason to recreate it!

We started with a basic pizza crust from The Pioneer Woman. Nick whipped it up like the bread baking pro that he is, then he set it aside to rise. 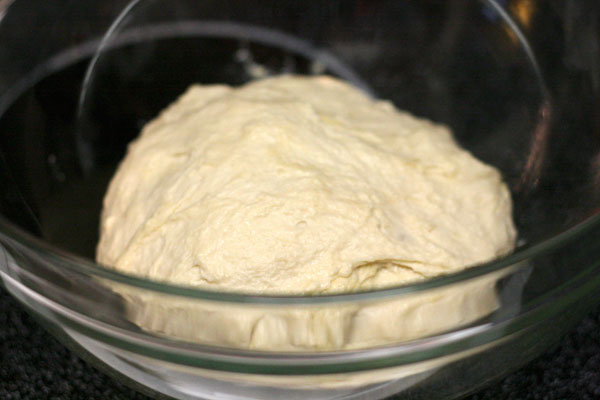 After about two hours, Nick formed half of the dough into two mini pizzas (and put the other half in the refrigerator). He then poked the pizzas with his fingers and drizzled olive oil on top, along with a small sprinkling of kosher salt. (He’s a good Sous Chef, that one.) 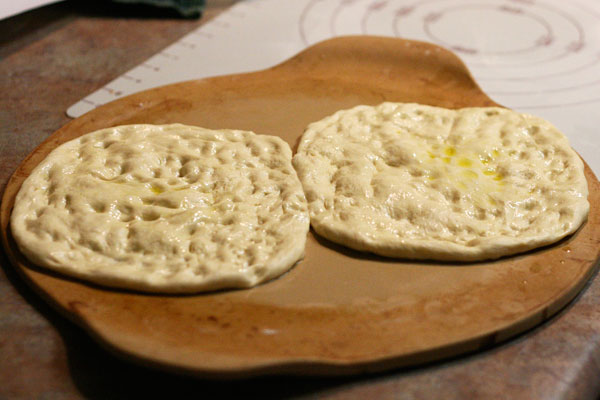 While Nick prepared the dough, I thinly sliced one red onion and tossed the pieces into a skillet with olive oil and butter. I let the onions caramelize for a good 30 minutes, stirring occasionally, until the natural sugars were released to yield a deep purple color and an intensely sweet flavor. 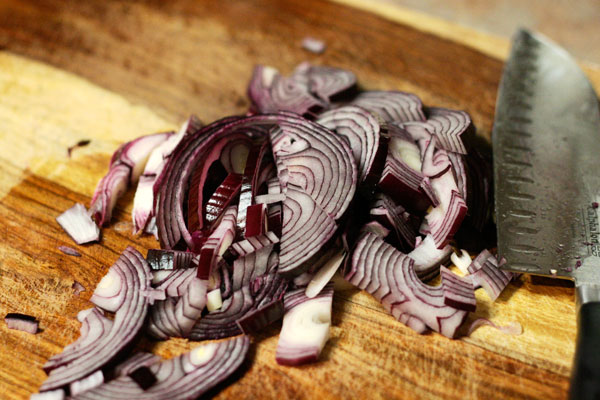 Then we built our pizzas: a layer of provolone cheese followed by the caramelized onions, slices of silky Bartlett and crunchy Seckel pears, crumbles of Gorgonzola cheese, and chopped walnuts. It looked good before it even went into the oven! 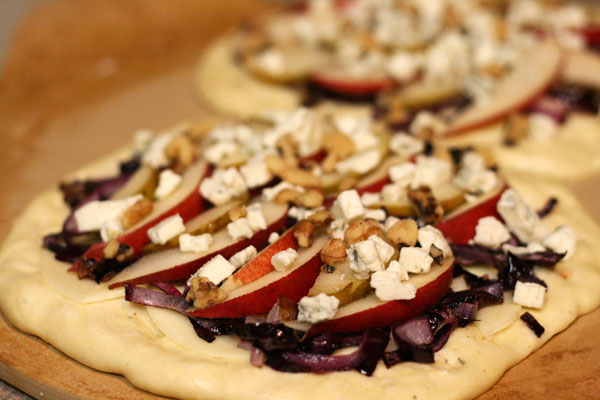 But, oh boy, did it get better. This pizza is the perfect balance of sweet and savory, and it’s definitely a repeat dish. (Though next time we might take a suggestion from Kate via Crú Wine Bar and add rosemary to the pizza crust and a balsamic reduction to the pears.) 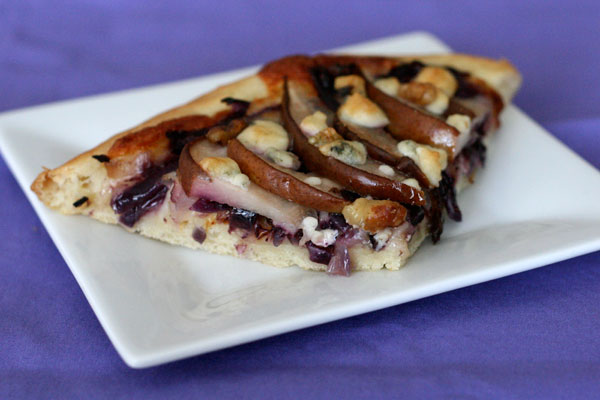 And this was just the appetizer! Main course and dessert still to come.

For the Pizza (makes 1 pizza)

9 thoughts on “Pear Pizza with Gorgonzola and Caramelized Onions”