My brother moved from New York City to London in January. We moved from State College to Duncansville in February. His new digs (and old, for that matter) are more travel-worthy than ours, but he was still anxious to visit our humble home on Sunday during his two-week return to the U.S. 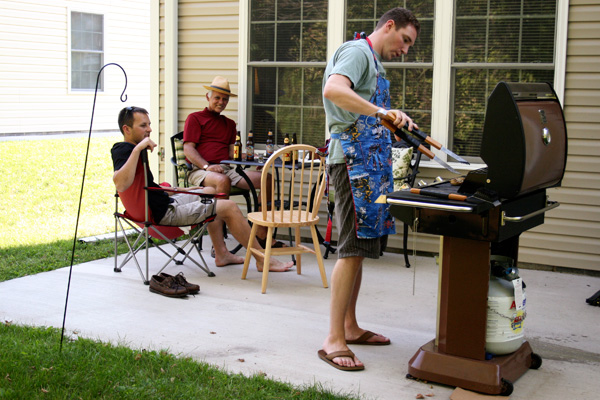 While Andrew sipped tequila (the good stuff from Mexico) with my dad on our patio, Nick fired up the grill, and I served a bowl of fresh guacamole. Then I sautéed sweet corn, tomatoes, black beans, jalapeños, garlic, and cilantro into a simple side dish.

I had told Andrew and Dad earlier in the day that we were having grilled chicken for dinner. Of course, they know us well and figured it wouldn’t be just any grilled chicken. They were right. 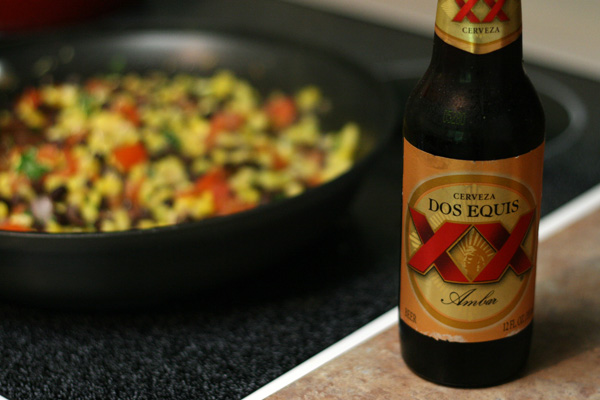 We made Ree’s tequila lime chicken earlier this summer, and we were anxious to have it again. The marinade is incredibly flavorful, and the dish comes together quickly. We topped ours with freshly grated Monterrey Jack cheese and homemade pico de gallo (tomatoes, red onion, jalapeño, garlic, cilantro, lime juice, and kosher salt).

Andrew said it was better than anything he’s had at a Mexican restaurant. (He should try our chilaquiles!) 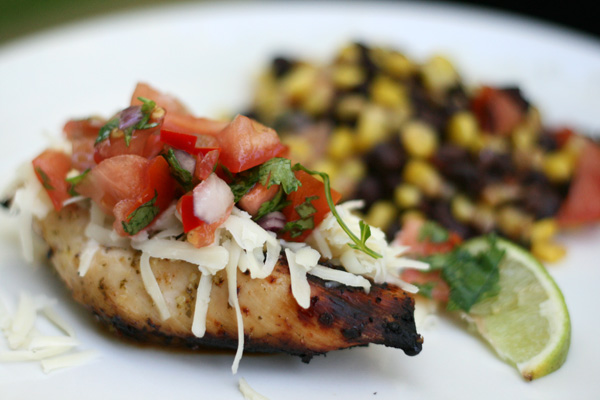