I believe a fraternity invaded our modest motel on Saturday night. We awoke after just after midnight to the all too familiar intoxicated conversation and clicking heels, and the next morning we followed a trail of crushed Miller Lite cans from our doorstep, down the stairs, and into the parking lot.

We needed coffee in a big way. And sweets. And so off to Mrs. London’s Bakery we went. 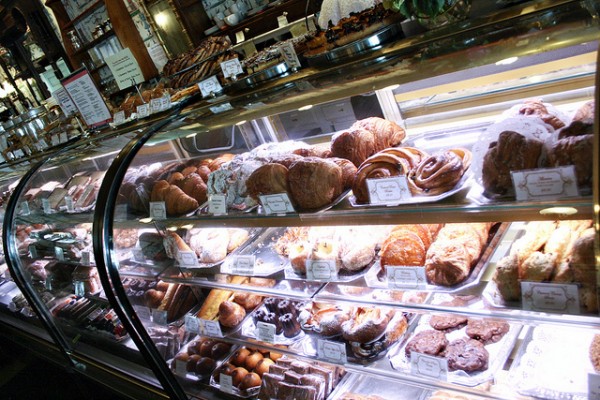 After much deliberation, I chose a chocolate croissant, and Nick selected a cranberry cream scone. I could have used more nuggets of dark chocolate in my croissant (when is that not the case), but the pastry itself was perfectly buttery and flaky — and it was nearly as large as my head.

Nick’s choice was also a smart one. It was dense and slightly sweet — just as a scone should be. 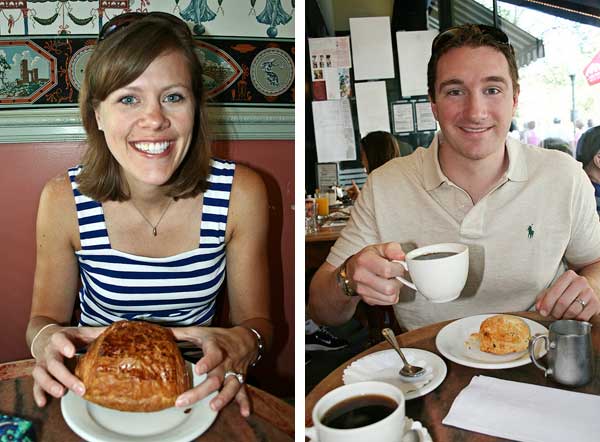 We scored a tiny table near the window and contentedly sipped our coffee while watching patrons filter in and out the door. Women with ponytails and belly bumps or trendy slings with sleeping infants snuggled inside. Men wearing ball caps and Sperrys and pushing strollers. Toddlers with curls and rosy cheeks. It was tough not to contract baby fever in the corner of that café — for both genders of this young newlywed couple.

Not only are the wide sidewalks of Saratoga Springs ideal for pushing strollers, they’re also convenient for walking dogs. We saw dogs of every color, size, and breed — including a Bernese Mountain Dog that Nick promptly chased down the street.

We wondered in and out of art galleries and card shops and, of course, we found a store stocked with kitchen goodies. 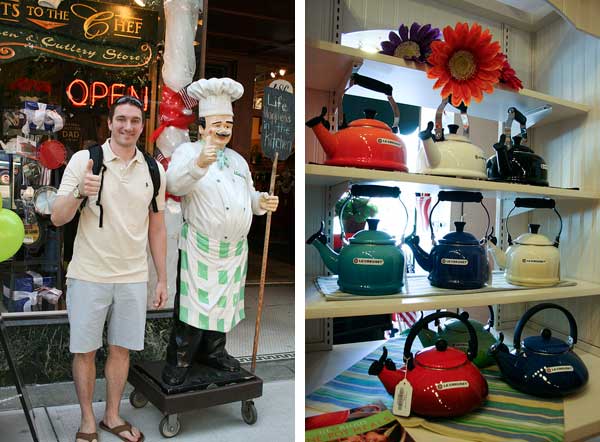 And then we stumbled upon Putnam Market — another gem in Saratoga Springs. They promote themselves as “the best food and wine between Manhattan and Montreal.” Unfortunately, we arrived a bit too early to fully take advantage of the free sniffs and samples (a la our favorite Ann Arbor establishment: Zingermans). 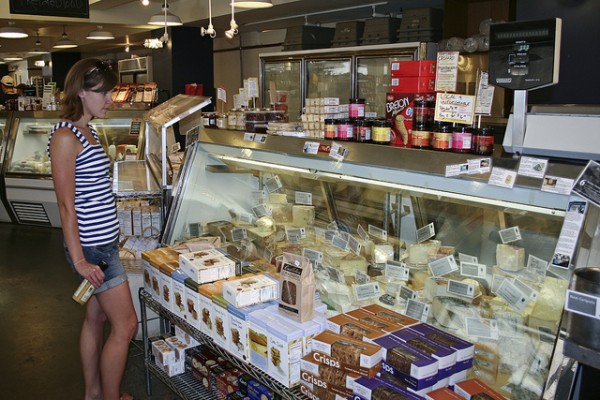 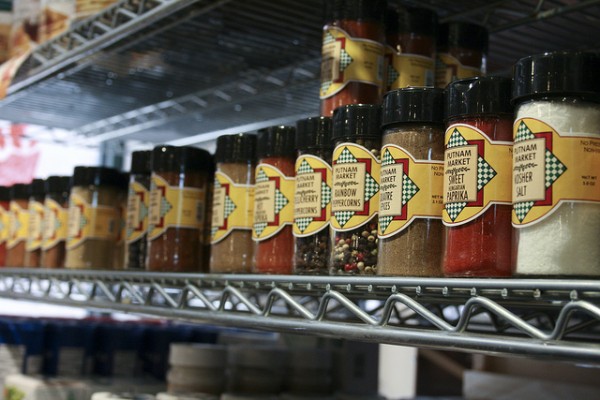 Next up: The water that put Saratoga on the map