As part of the July 4th celebration in Saratoga Springs, the city offered a free historic tour. And so following our coffees and pastries, we congregated in Congress Park. 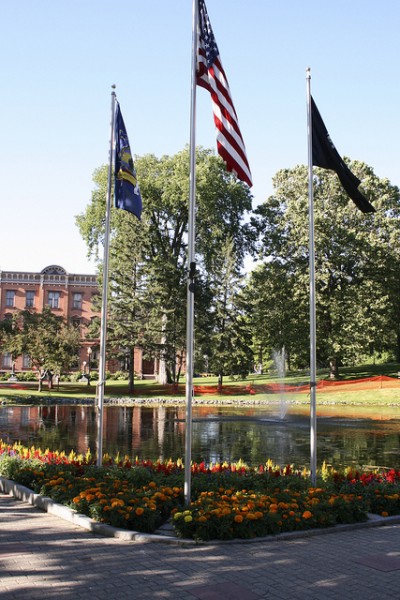 Most people believe fame arrived in Saratoga Springs on horseback. But before the races and the casinos, it was the area’s natural mineral springs that attracted crowds.

During the 19th century, wealthy Americans (like the Vanderbilts and the Rockefellers) spent their summers in Saratoga. They took up residency in one of the many luxurious resorts and indulged in the healing powers of the springs (from curing skin ailments to improving digestion to strengthening the blood). 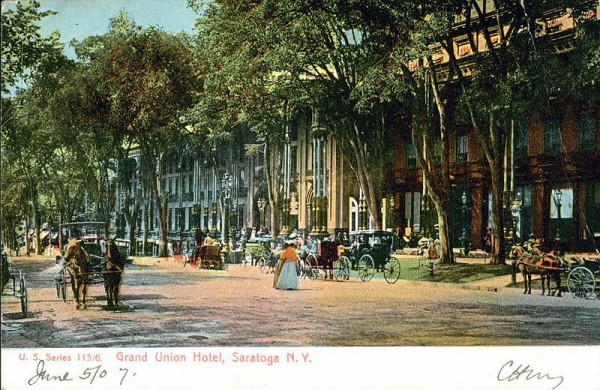 In its day the Grand Union Hotel was the largest in the world. Visitors enjoyed golf and polo, orchestras and balls. And neighboring Congress Hall boasted the most expensive restaurant in the world (also where the club sandwich originated).

In 1863 the horses came to town, along with many more visitors with lots of money to spend — and so emerged the casinos and the gambling facilities.

Unfortunately Saratoga Springs lost some prestige during the 1940s when two of its most grandiose hotels burned to the ground. But the city revived itself in the 1960s and it remains a popular destination today. 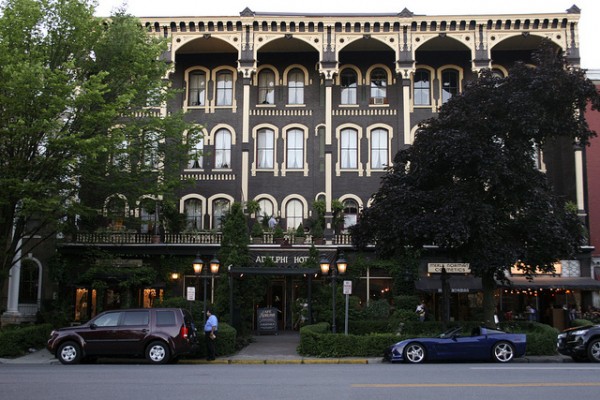 We weren’t in town during race season, but we did taste that famous water.

There are 17 public springs in Saratoga. Each one is naturally carbonated and has a unique taste, depending on the depth of the well. For example, Congress Spring is just slightly salty, but Hathorn Spring smells strongly of sulfur. I sipped the Congress water, but only Nick was brave enough to sample from Hathorn. 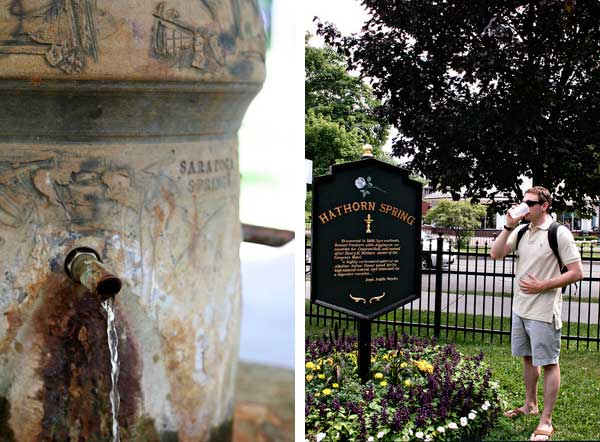 And, yes, we did see several people filling gallon jugs to take home.

We also sampled less holistic (but arguably more tasty) cocktails that afternoon: an espresso martini for me and a Saratoga lager for Nick (from the Adelphi Hotel, pictured above). 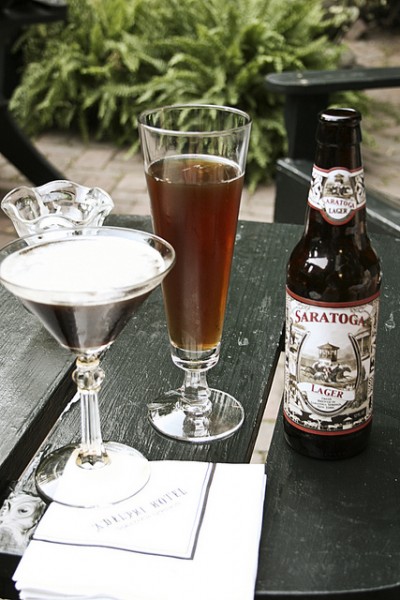 Next up: BBQ and cobbler and fireworks

3 thoughts on “Saratoga Springs: The Water that Put the Place on the Map”