T-minus 12 days until The Culinary Couple begins cohabitation! Until then, we continue to cook separately during the week.

Last Wednesday, after baking a scrumptious spiced apple cake and before enjoying a big slice, I adapted a ravioli recipe from the latest issue of Real Simple. It combines some of my favorite fall flavors: apples, pears, walnuts, and nutmeg. It’s simple and a small enough portion for one person, but I’ll definitely make it for Nick after the big move! 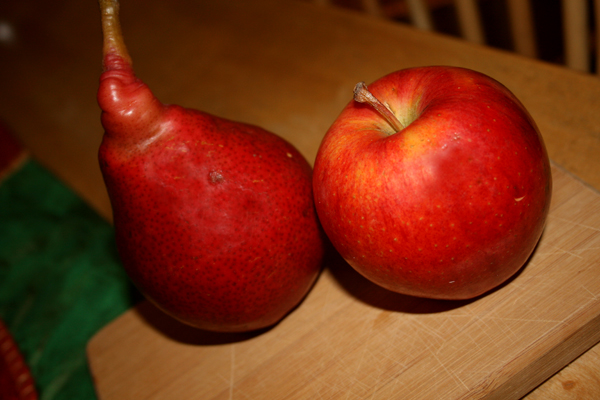 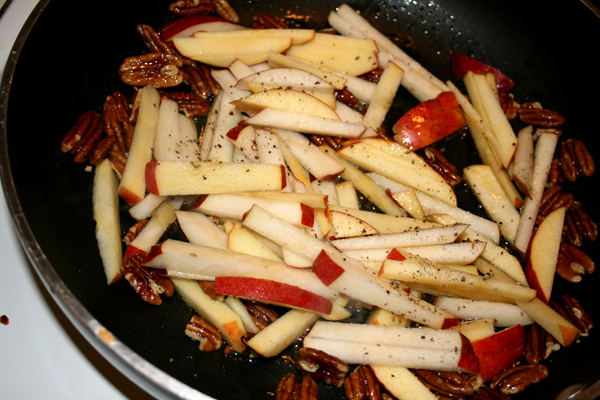 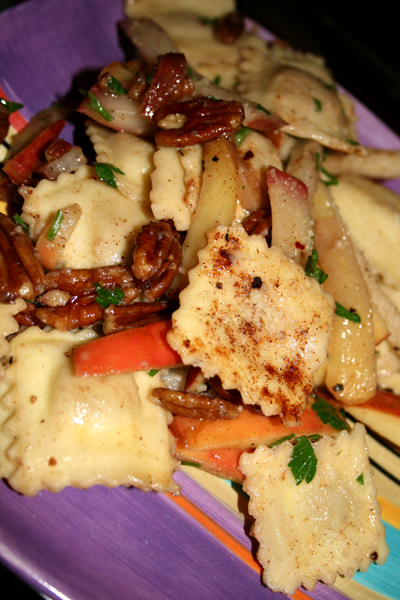