Every mom needs the occasional night out. Whether it’s a solo trip to Starbucks and Target, an appointment at the hair salon, cocktails with girlfriends, or … Cupcake Wars!

Last night one of the ladies in our local moms group hosted the first annual Cupcake Wars — a friendly competition among moms who like to bake and drink wine. The only rule was that your cupcakes had to include some form of alcohol.

We always have pumpkin ale in our refrigerator during this time of year. So obviously my cupcakes had to include my favorite seasonal beer. I also knew I wanted them to be chocolate rather than the typical pumpkin spice cake with buttercream rather than cream cheese frosting. 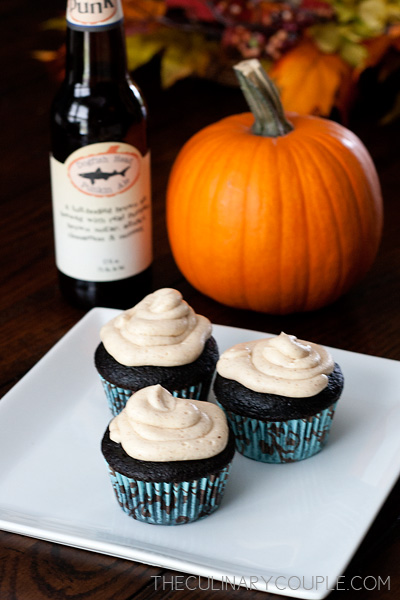 I was pretty proud of my submission. But the competition was tough. Irish Car Bomb Cupcakes with Bacon Bits. Strawberry Moscato Cupcakes. Caramel Apple Cupcakes (with Rum and Caramel Apple Liquor). And Apple Martini Cupcakes. To name a few. 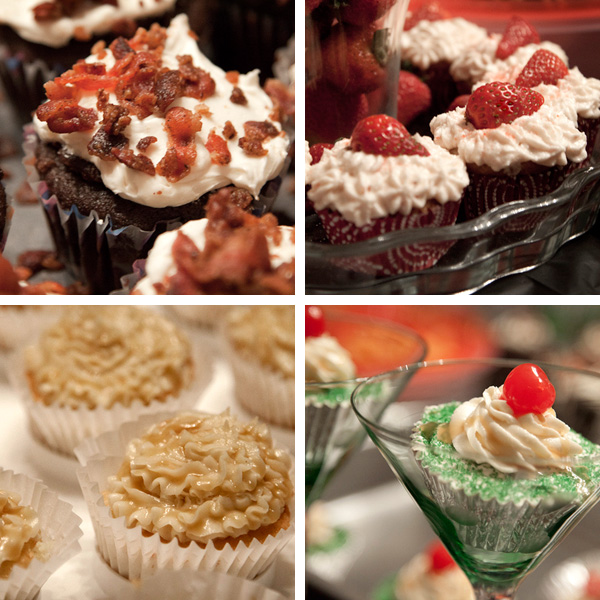 Cupcakes were judged on taste and originality, and we were also asked to choose an overall favorite. While we sipped wine (Cupcake Wine, of course) and attempted to counter the super sweet submissions with salty pretzels and savory buffalo chicken wraps, the hosts tallied the scores.

And then the winners were announced. 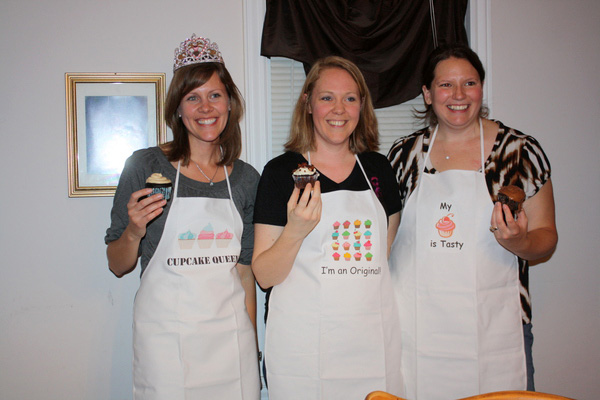 That’s right. I was crowned Cupcake Queen! The Irish Car Bomb Cupcakes took Most Original, and the Most Tasty award went to the Chocolate Raspberry Cupcakes with Kahlua Frosting.

Such a fun night! I will wear my apron with pride.

Now go bake these festive cupcakes for yourself. They are the perfect fall treat!

(adapted from My Baking Addiction)