Yesterday we harvested what may be the last of our tomatoes and basil leaves. 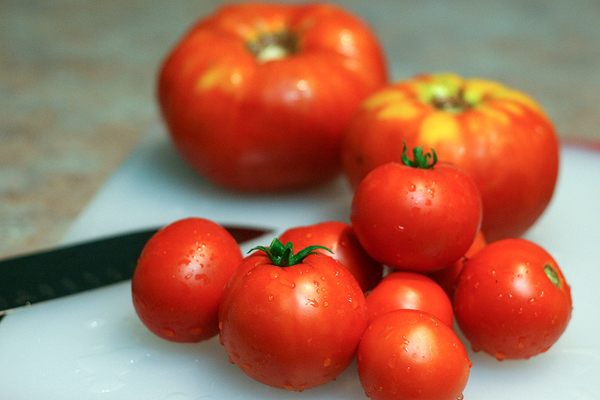 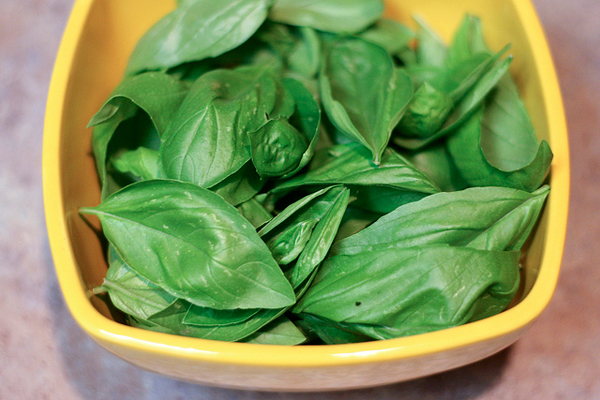 And we decided there was no better way to celebrate summer’s approaching end and our first successful (and humble) garden than with homemade pizzas.

Nick stewed a sauce of tomatoes, basil, red onions, garlic, salt, and pepper. And I know I’ve said this before, but it’s worth saying again: You haven’t tasted a tomato until you’ve had one ripened on its own vine by the sun. It’s hearty, juicy, sweet, and tangy. 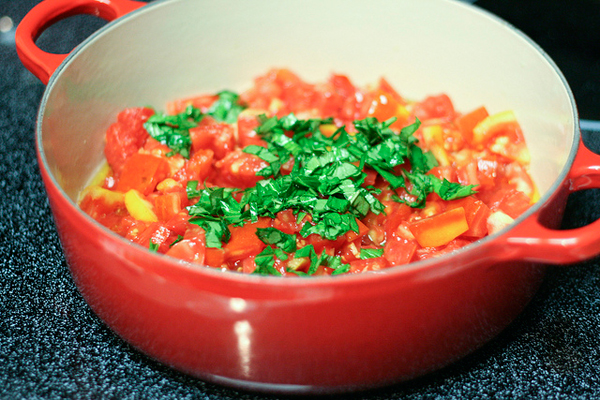 Then Nick rolled out the dough, and I pricked it with a fork and sprinkled it with pizza sea salt (thanks Mom and Dad Wiley!). 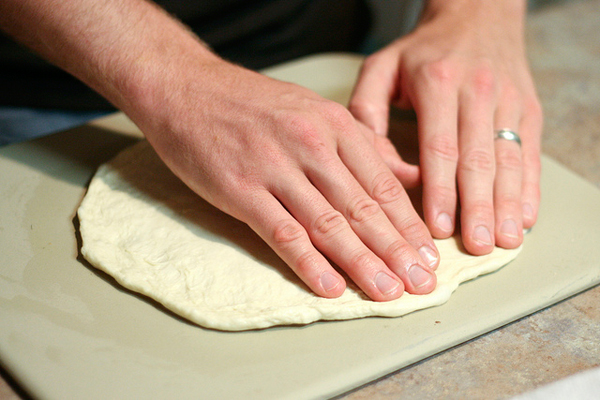 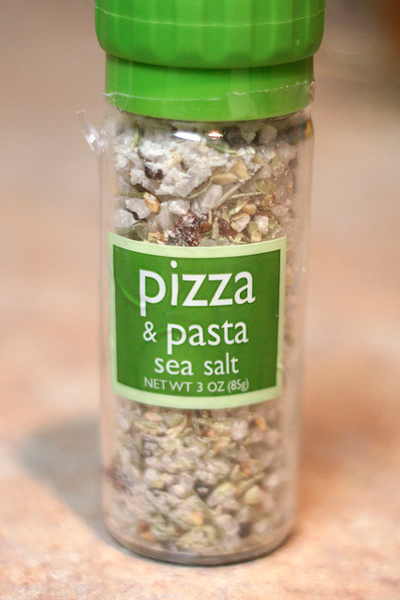 While Nick continued to stir the red sauce for one pizza, I made a green one for the other.

Why, oh why, did it take us so long to turn our basil into pesto? 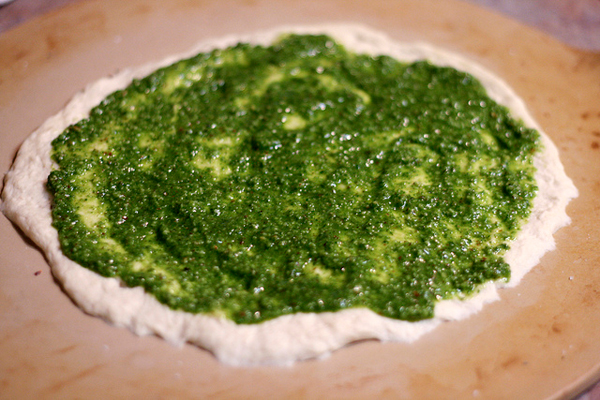 Traditional pesto uses pine nuts, but we didn’t have any on hand, so we substituted toasted almonds. We combined the basil, almonds, garlic, Parmesan cheese, extra-virgin olive oil, salt, pepper, and nutmeg (yes, nutmeg!) in the food processor until a coarse paste formed.

I topped the pesto pizza with sliced tomatoes and chunks of mozzarella cheese. 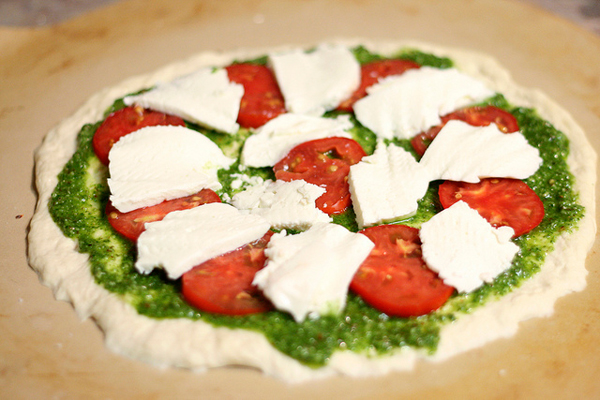 And Nick covered the stewed tomatoes with shredded Italian cheeses, peppers (also from our front porch garden), and pepperoni. 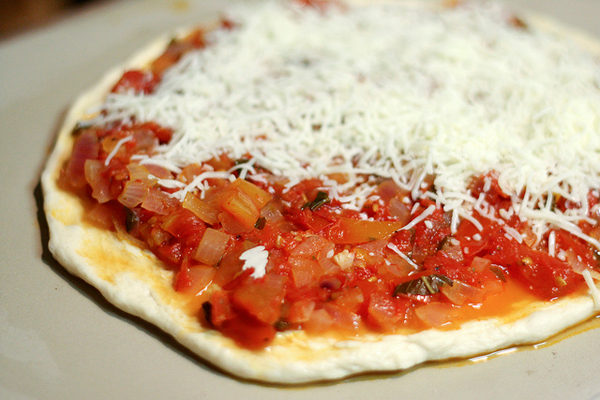 While the pizzas baked and filled the house with the savory aroma of an Italian restaurant, we sipped homebrews and watched Steelers football. (Homebrew update: The witbier was a success, and we’re planning to brew an altbier next weekend.)

In just 20 minutes, we had hot, delicious homemade pizzas. 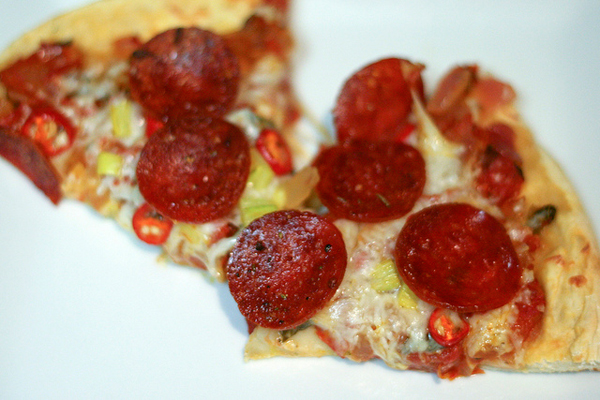 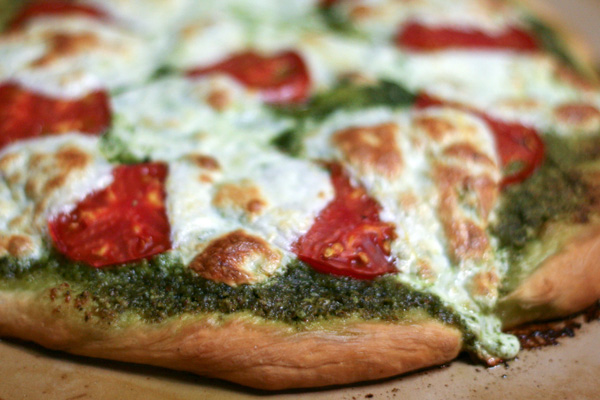 The pizza with stewed tomatoes was tasty, but we both agreed the pesto pizza was the star of the night.

How are you using up the last of your summer produce?