Last Friday I drove two hours west to Shippensburg University to watch my sister compete in the state track & field meet. Laura’s previous PR in the high jump was 5’5″, and after she cleared 5’4″ — along with seven other girls — the bar was raised to 5’6″. She had attempted that height before, but had never cleared it … until Friday! She’s just so cool under pressure. Laura set a new PR of 5’6″ (despite only standing 5’3″ tall) and placed 3rd in the state!

That’s me in the background wearing a red shirt with a paisley camera strap around my neck. I look pretty excited, don’t I? I couldn’t be a prouder big sis! 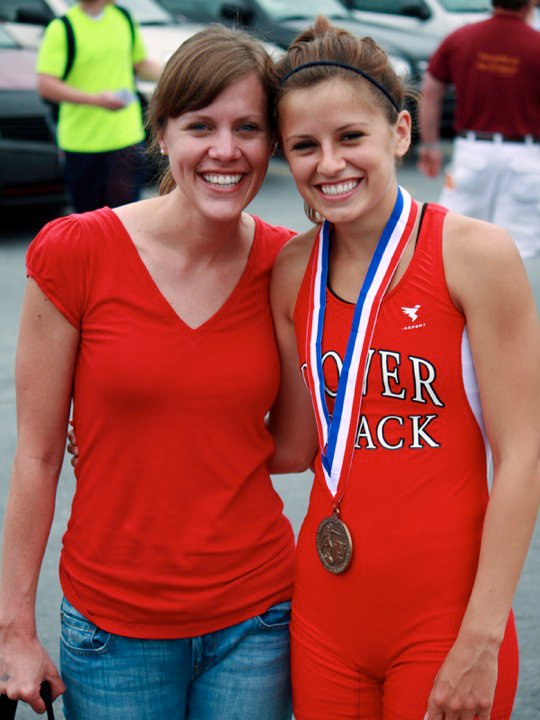 After the meet and lunch in Carlisle, I drove two hours back to D-ville to pack for Virginia. Nick and I left just after 7pm en route to Lake Anna to spend Memorial Day weekend with these crazy guys … and some pretty sweet gals.

This is my fourth year visiting Lake Anna with the “Fairfax Five.” Our hosts, Mr. and Mrs. A, are from Louisiana and couldn’t be more hospitable. The fridge is always fully stocked, and the kitchen table never goes empty. We arrived just before midnight, and I was incredibly grateful to not have to climb back into a car for two full days!

Saturday was overcast, but we still spent some time on the water and played a few games of corn hole.

I also got an afternoon phone call from my mother to report more good news from the state track meet: Laura matched her PR of 38’5″ in the triple jump and took 4th place! She’s such a superstar.

From the local news:
Twice as Nice 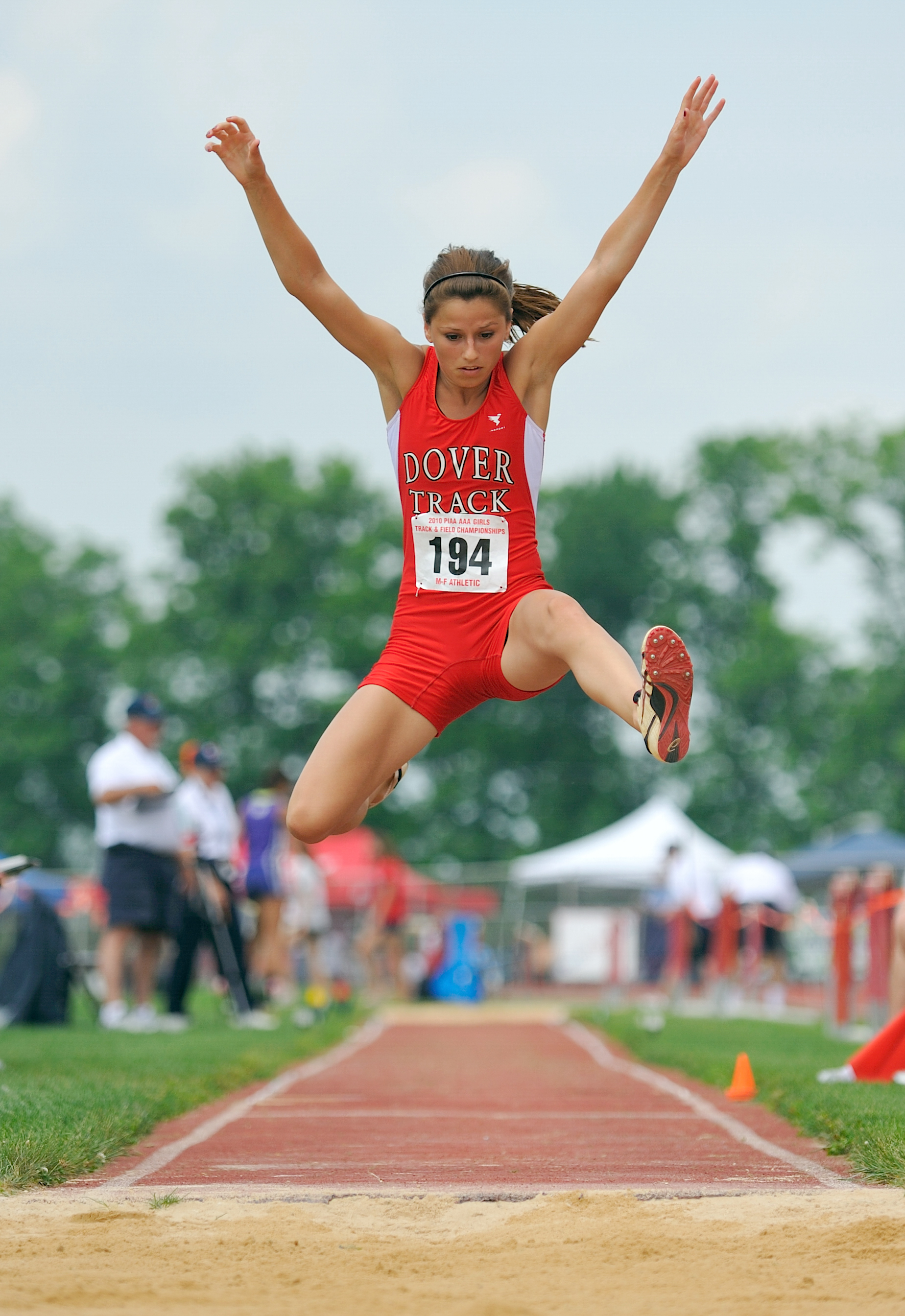 This photo appeared on the front page of the sports section. Laura was the top performing athlete in all of York County! {photo credit York Daily Record}

Sunday brought absolutely ideal weather for a day on the lake, and we took full advantage of it. We played corn hole for at least five hours — I’m not even kidding. We also took out the jet skis and wake boards and witnessed several icings. Please disregard the mustache my husband attempted to grow over the weekend. 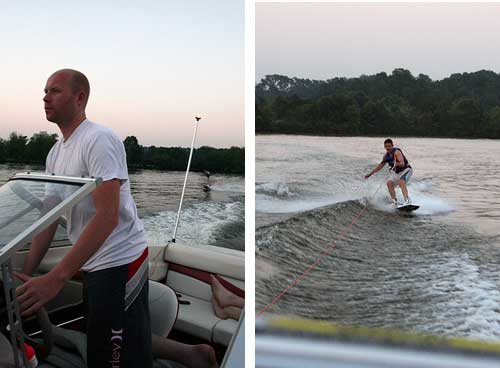 We also found out these two are going to be parents in December! Congratulations, Brian and Carrie! We rounded out the long weekend with a game of poker. Due to a few lucky hands and some inconsistent bidding, nobody could crack my strategy. This frustrated Greg more than anyone else, and I wouldn’t have had it any other way! Even Beaux got in on the action. We headed back to Pennsylvania after breakfast on Monday. It was a really lovely weekend, and before we turned out the lights that night, we acknowledged the true purpose of Memorial Day: to commemorate U.S. soldiers who have died in military service. Most notably, Nick’s uncle John was a General aboard the USS Thresher that was loss at sea during deep-diving tests in 1963. He was certainly a brave man.

How did you spend your Memorial Day?