We were anxious to arrive at our next destination where one familiar friend and two new friends awaited us.

Mary flew from Baltimore to London three days before, and after seeing Big Ben, Buckinghman Palace, and Stonehenge, she was ready for brezen and biers. And within two hours of arriving in Munich, we had both. 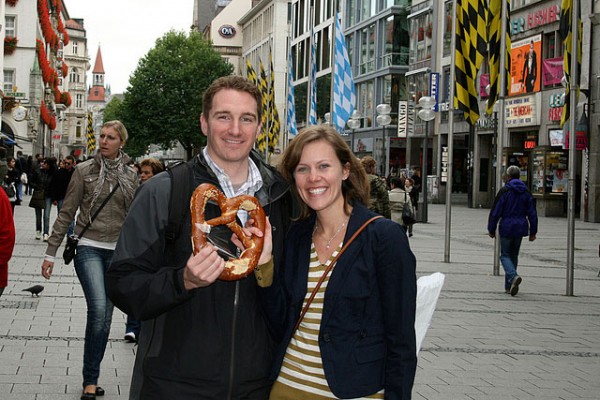 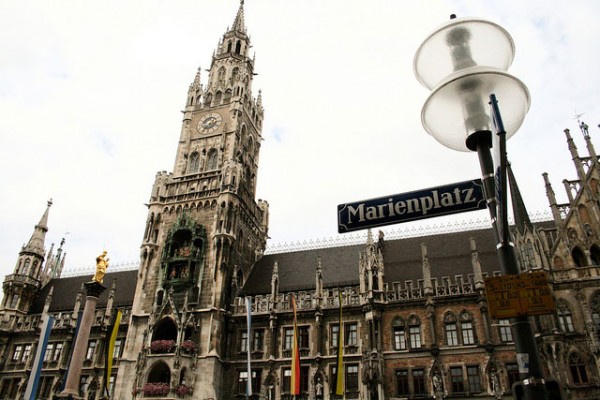 The Hofbräuhaus is one of Munich’s big six breweries, and perhaps the biggest tourist attraction of the bunch. Duke Wilhelm V founded the Hofbräuhaus in 1589, and the first bock brew (better known as a Maibock) was developed under the royal banner. 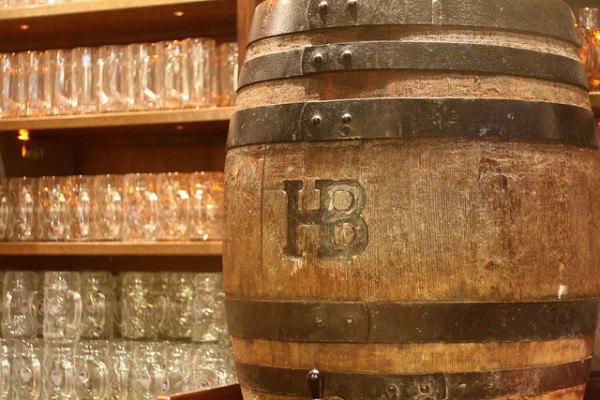 The historic beer hall was every bit as busy as we anticipated, but we were able to snag seats at an empty table under the sign: Stammtisch. We later learned that the long wooden table where we sat was reserved for regulars. But the gray-haired man in the Bavarian hat with his own stein sitting next to Nick didn’t seem to mind our company. 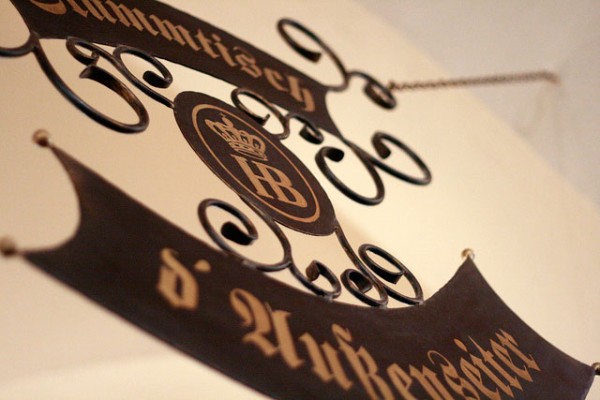 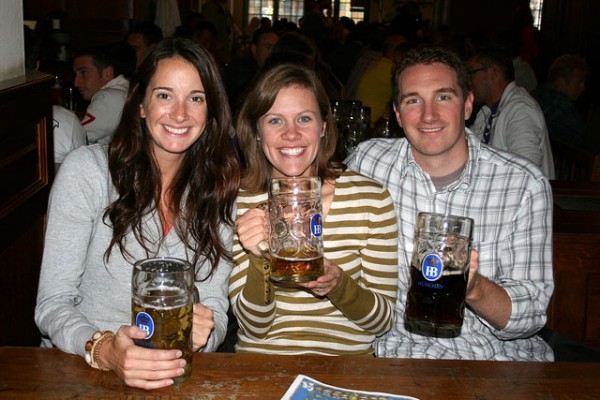 After at least one liter each, we left the brewery and walked back in the direction of our hotel so I could get a phone number I left in my bag. Anne and her boyfriend, Carsten, were due to arrive from Jena by train, and I couldn’t wait to meet the girl I’d been corresponding with for over a year. But we didn’t even make it back to the hotel before we bumped into Anne and Carsten right there on the street! We recognized each other immediately, and she is every bit as sweet in real life.

Zum Spockmeier and Paulaner
Anne recommended we get dinner at zum Spockmeier near the Marienplatz. The restaurant offered hearty Bavarian cuisine, baskets of brezen, and Paulaner beer. Nick had schweinshaxe (pork knuckle) with kartoffenknodel (potato dumplings), and I had the wursts sampler, which included bratwursts, frankfurters, leberwursts, and my favorite: weisswursts. 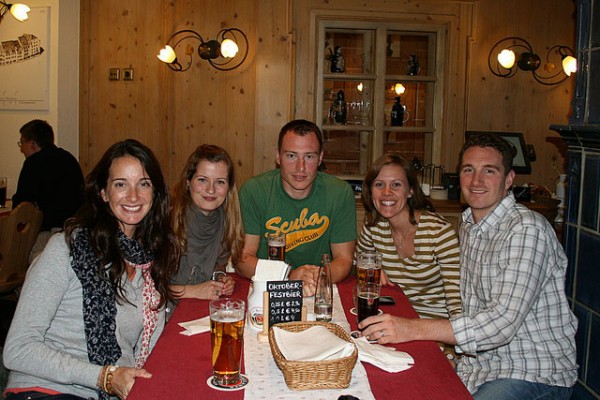 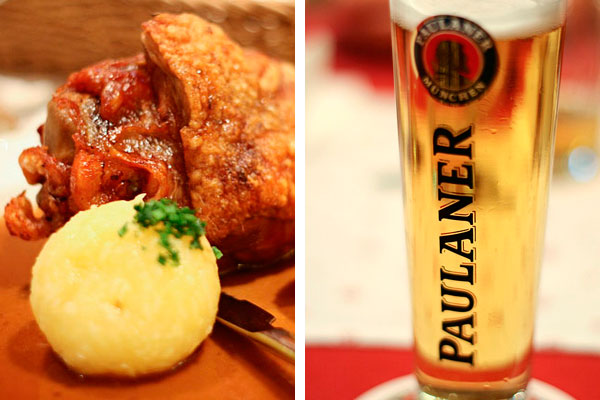 Löwenbräu and Jägermeister
Before calling it a night, Mary and I couldn’t resist dragging the tired birthday boy to one more stop: Löwenbräu. We were on a mission to taste all six Bavarian brews during our three-day stay, and we may have also had shots of Jägermeister. Because, you know, it’s German. 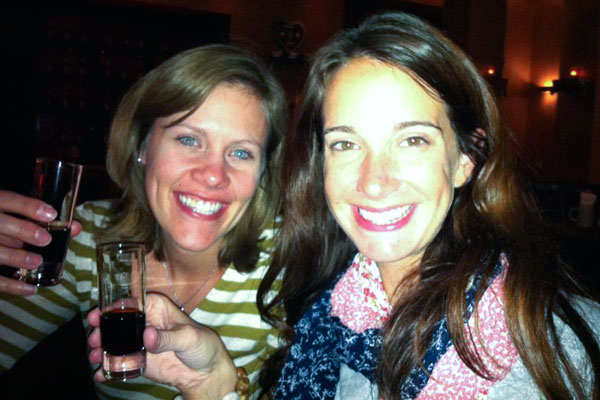 Alois Dallmayr
We met Anne and Carsten the next morning at Alois Dallmayr. The luxury delicatessen dates back to the 17th century and is visited frequently by VIPs like the Queen of Thailand. We browsed the meat case and the fountain of live crayfish, the neatly stacked rows of fruit, and the shelves of artistic pastries. The shop is best known for its coffee beans displayed in hand painted porcelain vessels. Even our German friends were excited to be inside the flagship store that is regularly featured on German television commercials. 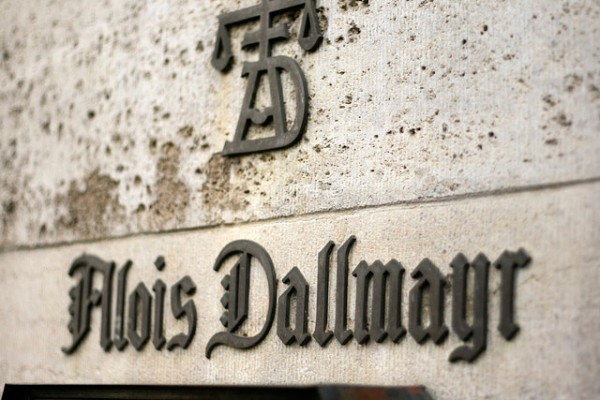 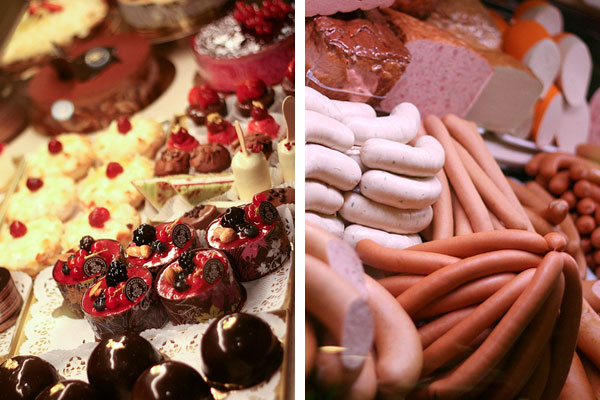 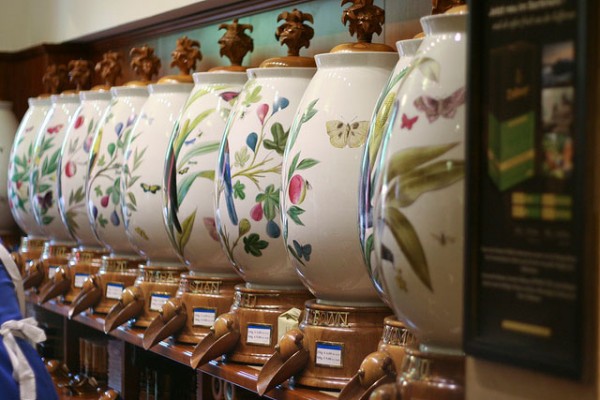 Viktualienmarkt
After enjoying our fancy macchiatos and streudels, we walked through the Viktualienmarkt, a popular market for locals and tourists alike. We browsed both regional and exotic produce, bags of fine spices, blocks of cheese, cuts of meat, and fish on ice. Oh, if only I had regular access to a market like this. 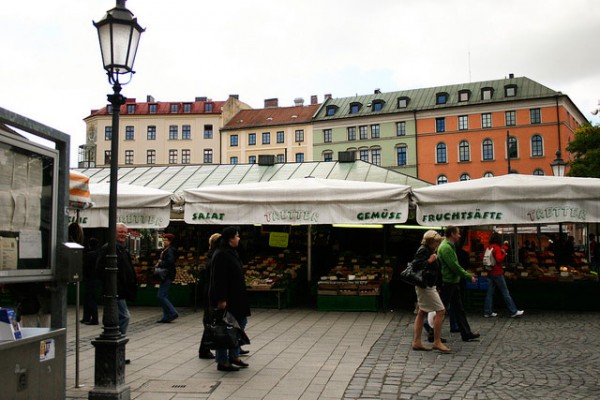 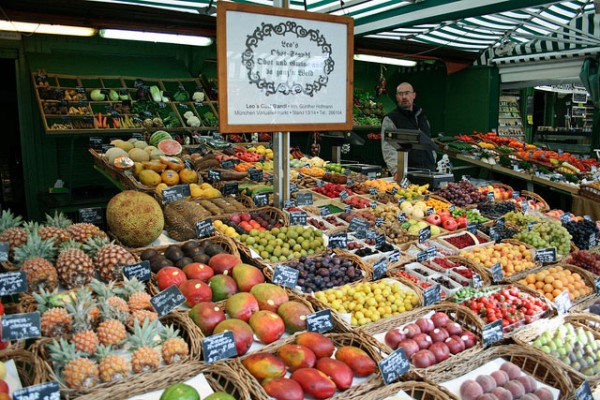 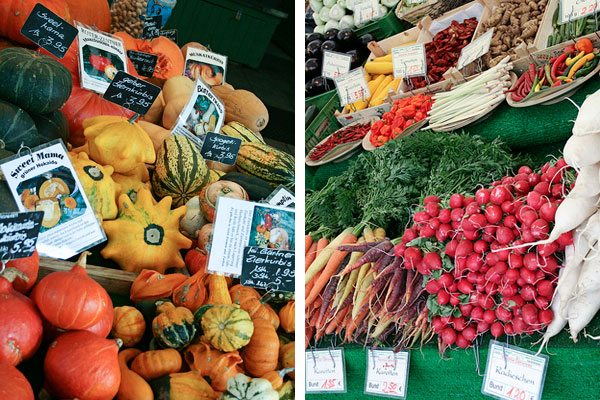 Marienplatz and Peterskirche
Believe it or not, our trip to Munich wasn’t all about food and drink. We managed to make time for history, too.

We climbed the tower of St. Peter’s Church, which dates back to the 12th century. It sits on the highest point of the Old Quarter of Munich, and the view was beautiful. 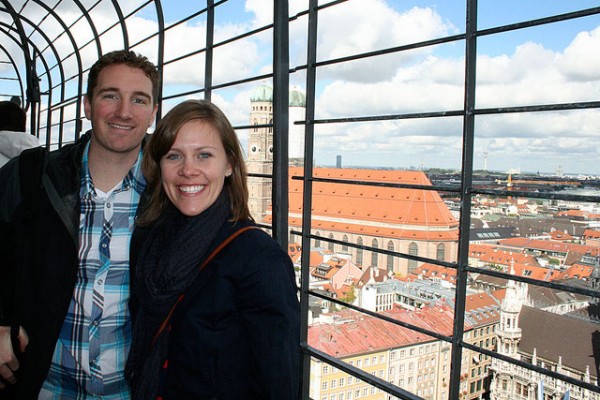 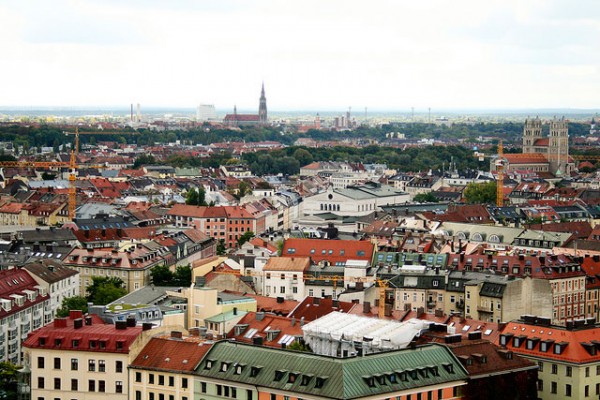 It was almost noon, and so we staked out our spots to view the famous Glockenspiel at Marienplatz. It consists of 43 bells and 32 life-sized figures. The top half tells the story of the marriage of Duke Wilhelm V (founder of the Hofbräuhaus) to Renata of Lorraine, and the bottom half represents the jubilee over the occasion, including jousting knights on horseback. The spectacle lasts almost 15 minutes. 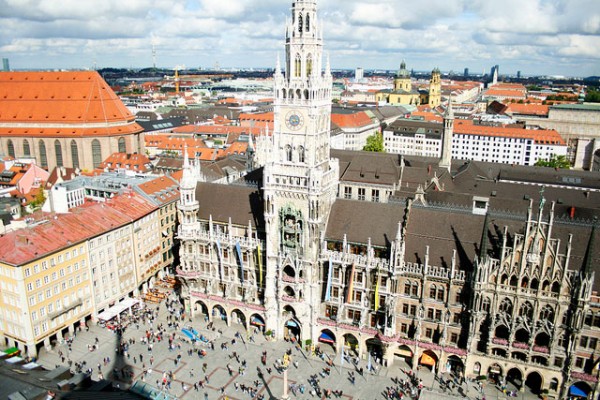 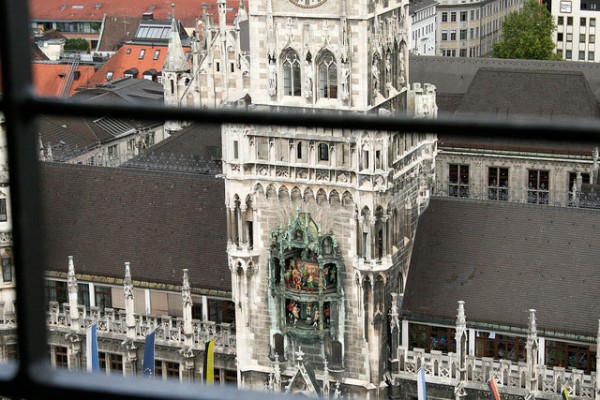 (We also have video of the Glockenspiel. Unfortunately, we left our camera in our rental car — eek! — and are waiting for it to arrive back in the U.S.)