(Previously: We explore the deserted streets of Rothenburg ob der Tauber by moonlight and walk the wall that surrounds the city.)

The Alps
After leaving Rothenburg ob der Tauber, we headed south. The sky was gray, and we could just barely make out the tops of the Alps from our car window. But there they were, in all of their majestic glory. 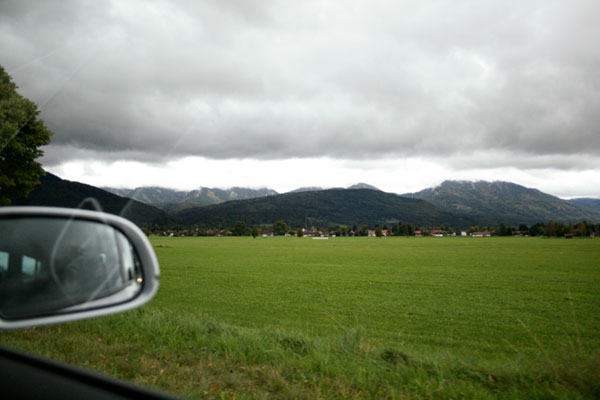 Benediktbeuern and Gasthof Herzogstand
When planning our trip, we knew we had to visit Nick’s birth city of Bad Tölz. However, being a spa town at the foot of the Alps and all, hotel prices were a bit steep. So, instead, we decided to stay about 15 minutes outside of the city in the lesser known and more quaint village of Benediktbeuern.

The streets were quiet when we arrived, and we easily located our guest house: Gasthof Herzogstand. Finding our hosts for the evening, however, was a more difficult task. 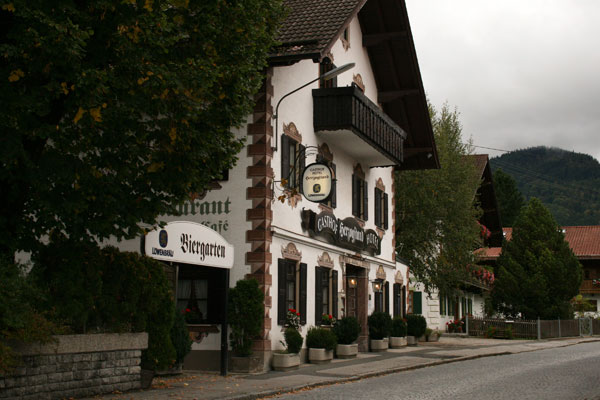 We entered through the front door but saw only stairs and a door to the restaurant. So we went back outside and around the corner when we heard an older woman shouting instructions from her open window on the second floor. Her instructions were in German, of course, and we thought she said to go around the back. So we did. Past kegs of Löwenbräu, stalls with swishing cow tails, and dull meat slicers.

With no luck out back, we returned indoors and into the restaurant. It was warm and inviting, and the tables were filled with what appeared to be regulars, like the man wearing a Bavarian hat and wool sweater and reading the newspaper.

Fortunately Nick was able to speak German with the waitress who seemed to know very little English. What we gathered from the conversation was that Josef, the guest house host and cook (and also, I assume, the butcher and baker) would be with us momentarily.

Josef was tall and broad and friendly. He led us to a separate building behind the main house and told us our room was on the second floor. Really, it turned out to be an entire apartment on the second floor — not necessary for our short overnight stay, but fun nevertheless. 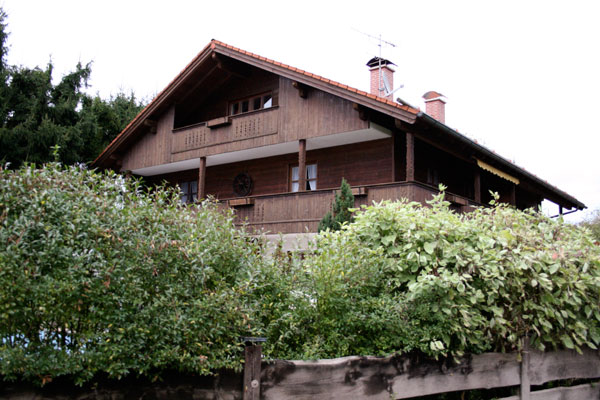 Benediktbeuern Abbey
We were both very excited to meet Nick’s godmother, Tess, and her husband, Chester, for dinner later that night, but first we had to check out the Abbey. Founded in 739 (yes, over 1,300 years ago!), the Abbey was originally home to a Bavarian noble clan. Today it is home to a Roman Catholic religious order. 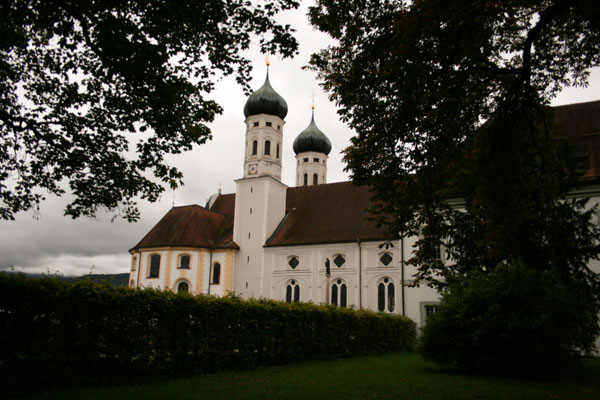 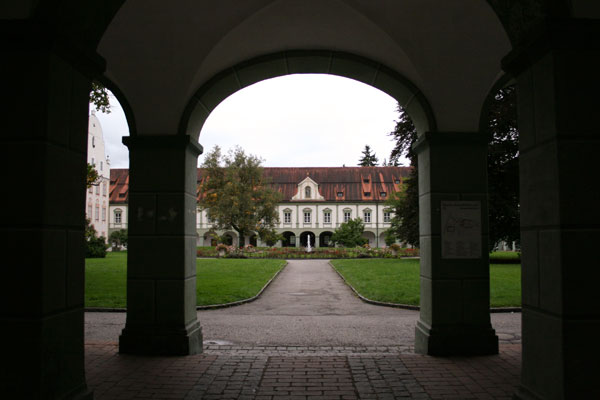 Tess and Chester
Nick was born in Bad Tölz while his father was in the Military. During that time, Dan also managed the Officer’s Club on post where he met Tess. The lovely Bavarian woman became Nick’s godmother, and another employee at the club, Hans, was named his godfather. Sweet, right? 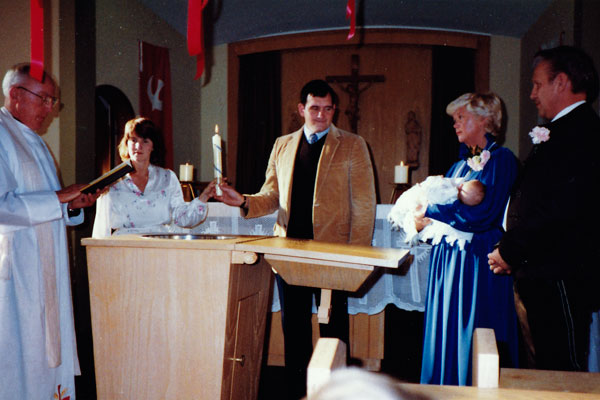 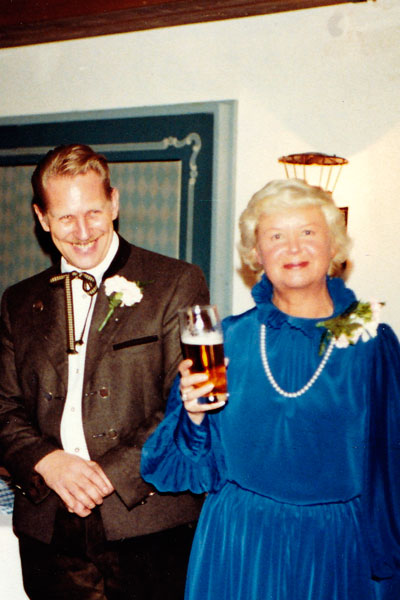 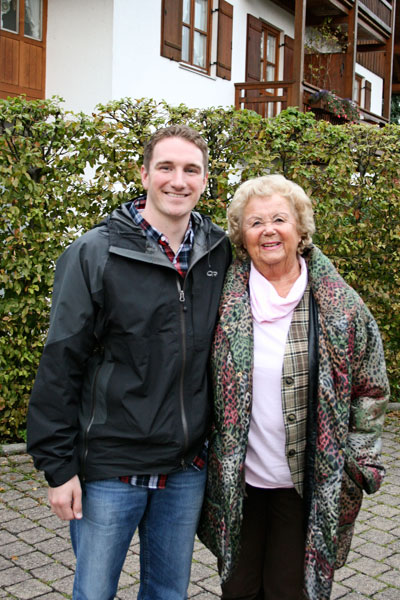 Nick has not met either Tess or Hans during his adult life, but fortunately, his mother is incredibly adept at long distance correspondence. So we drove just a few kilometers down the road to Bad Heilbrunn to Tess’ hilltop home. Her and her husband, Chester, were beyond thrilled to see us. Despite their ages (Tess, 80 and Chester, 90), they proved to be quite energizing company. 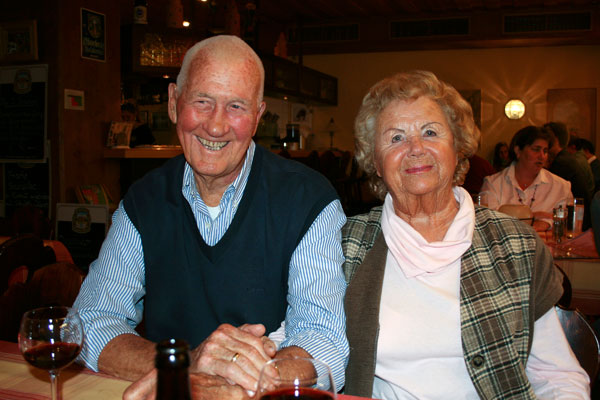 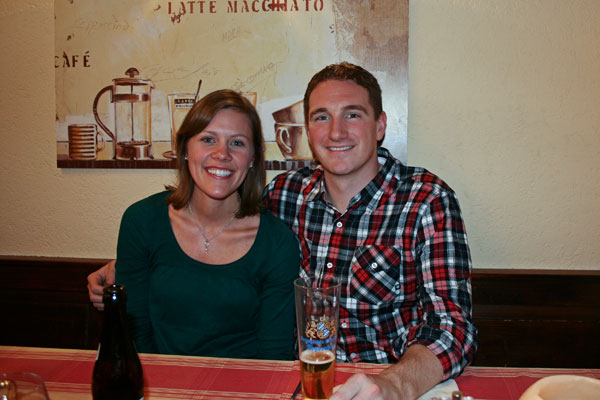 They took us to their favorite restaurant, Il Tegamino, owned by a German/Italian couple. Over leberwurst spätzle soup (liver sausage, which Tess insisted we try) and schnitzel, we chatted about their children and grandchildren, Chester’s life in the American military, and their annual trip to the Canary Islands. 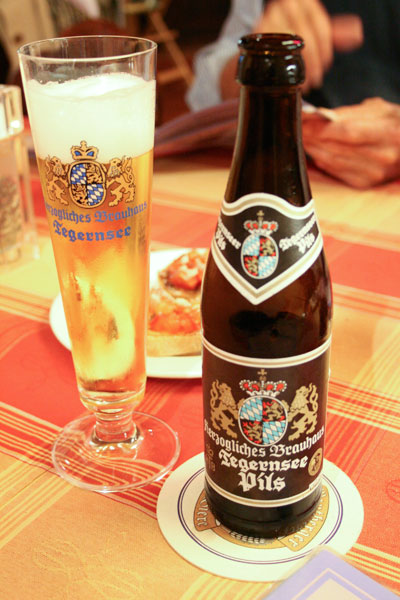 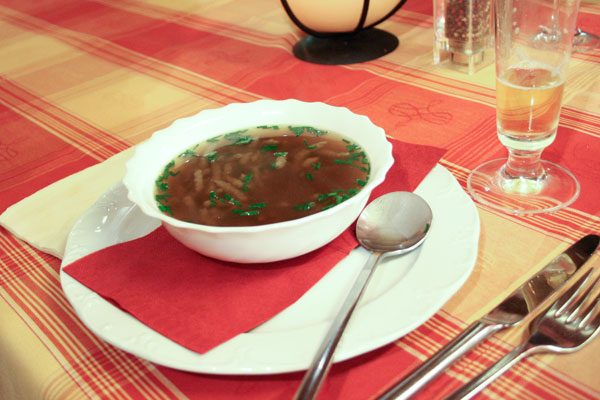 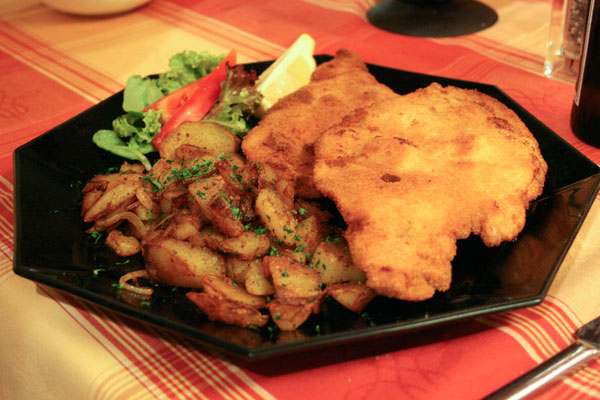 Thank you, Tess and Chester, for your very warm hospitality!

Next up: We celebrate Nick’s birthday in Bad Tölz with a slice of Bienenstich and a little bit of sunshine.