Seems like just yesterday our dear friends Quinn and Dave welcomed Little Miss Kennedy into the world. But, in fact, it was almost two years ago! 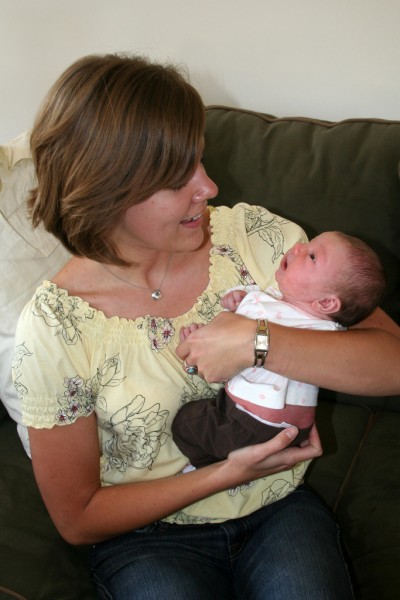 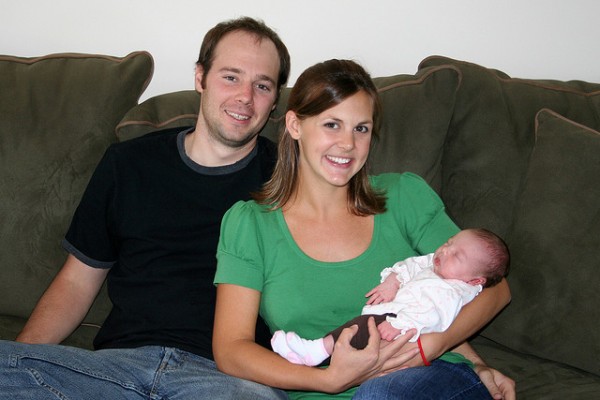 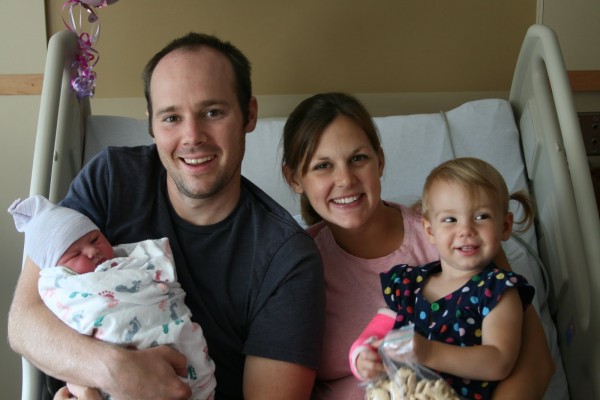 The girls look almost identical as newborns. I wonder if Leyton will also grow up to have big brown eyes and cute blond pigtails? (Though we hope she skips the cast! Which Kennedy got after a recent “superman” incident on the swing set.)

We were so very excited to meet Leyton and play with Kennedy on Sunday. To celebrate big sister and little sister, we brought a box of pink iced cookies from Flour Box Bakery. (Thank you, Anne! They were a big hit.) 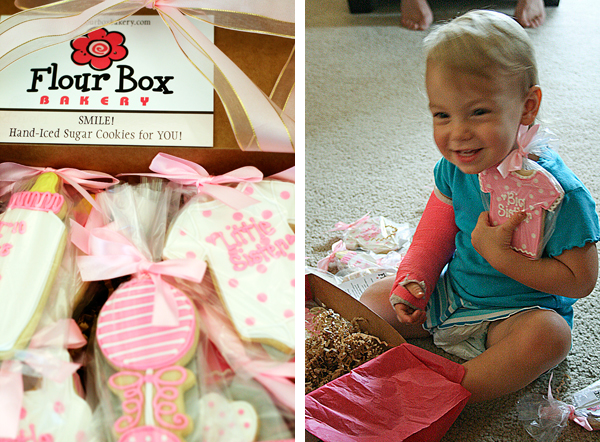 It took Kennedy about 20 minutes to wake up from her nap and warm up to her company. But then she was all hugs and kisses and giggles. We played in her kitchen and with her sticker books, and she showed us her tomato and mint plants. Of course, we also had to squeeze in some snuggle time with Leyton. 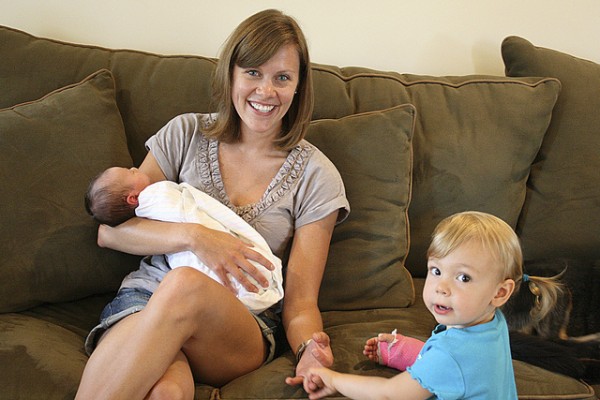 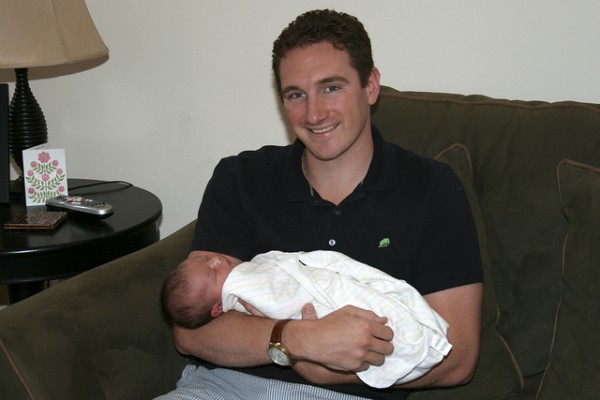 Thank you, Quinn and Dave and Kennedy and Leyton (and puppy Jameson, too), for the visit! 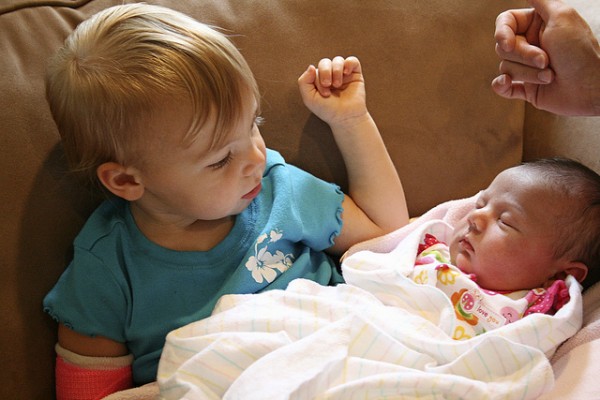 3 thoughts on “Babies and Toddlers”