When it comes to Americanized ethnic foods, General Tso’s chicken ranks at the top of my list! Although, finding a decent General Tso’s in rural Pennsylvania is a tall order. As it turns out, however, making this Asian dish at home is both easy and delicious. What we love most about it is that the chicken is fresh organic white meat, unlike the suspect “chicken” that comes in your typical Chinese takeout box. 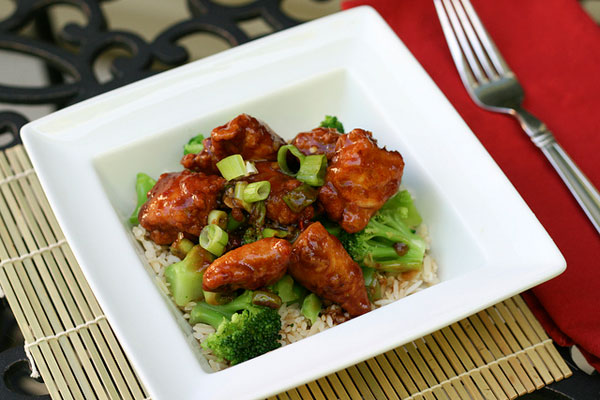 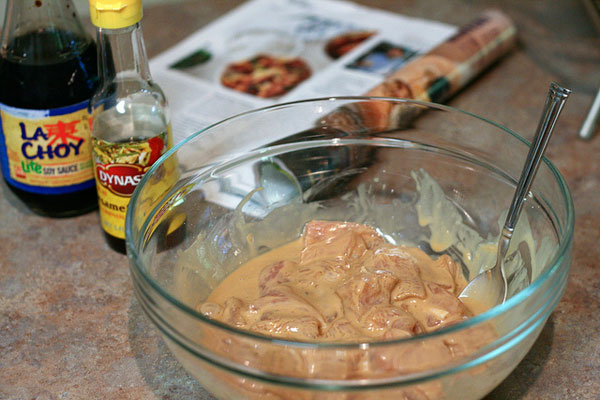 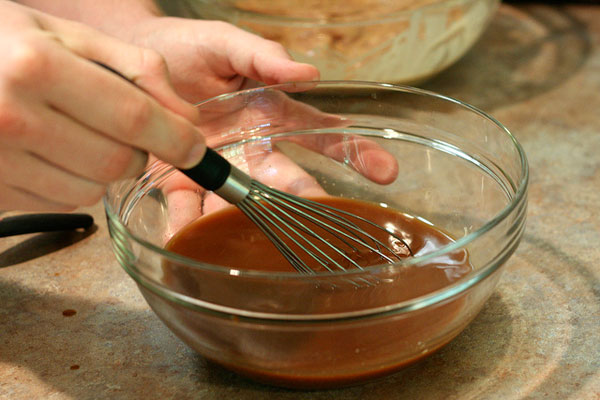 Next, heat ginger and garlic in oil until fragrant. 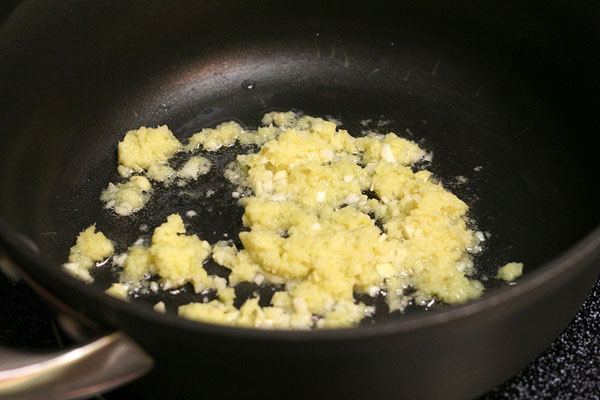 Then add sauce and cook until thick and glossy. 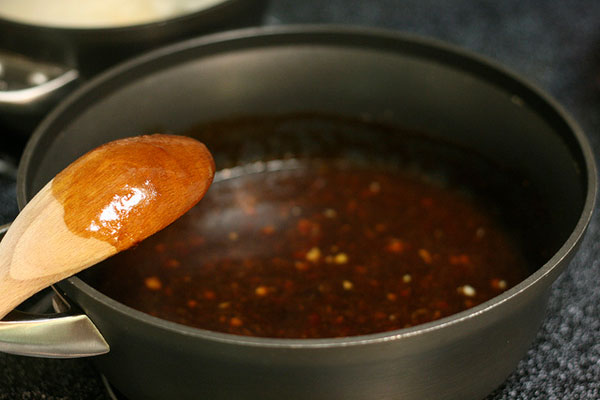 Step 3: Pan fry marinaded chicken in canola oil until cooked through and crisp. 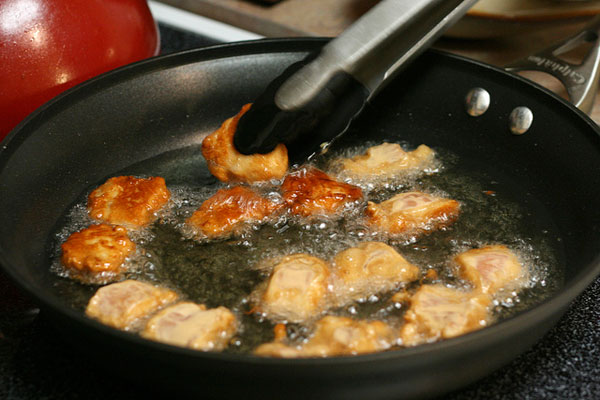 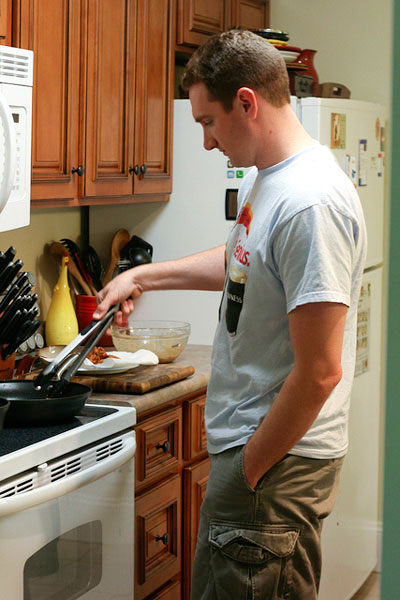 Drain on a paper towel. 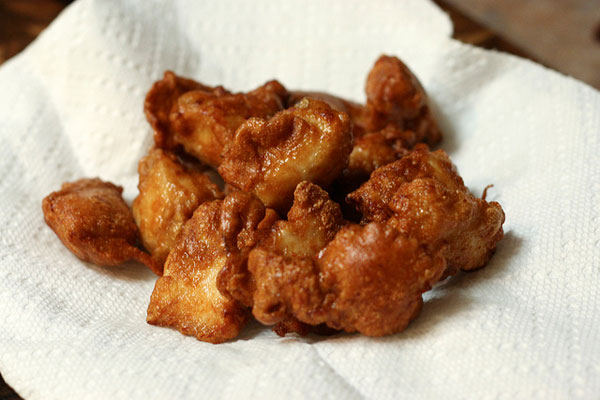 Step 4: Add chicken to the sauce and give it a nice stir. 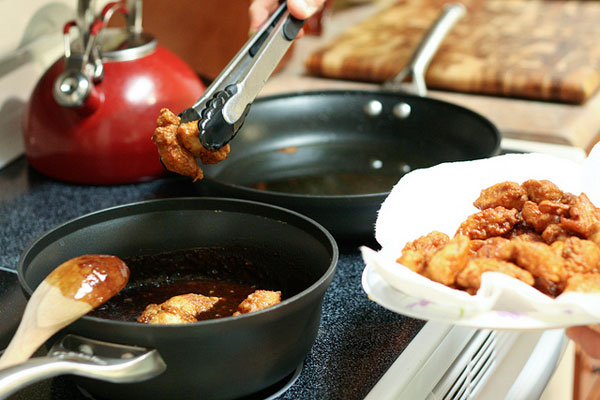 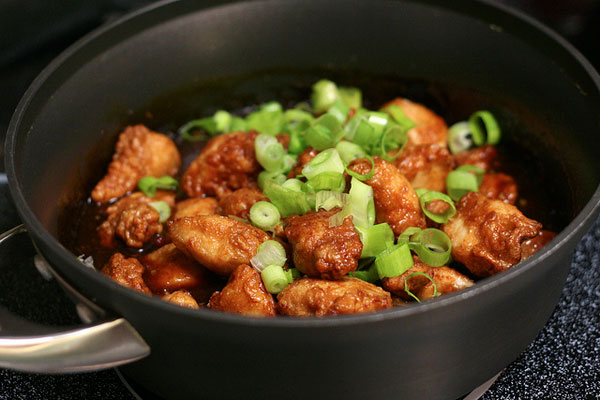 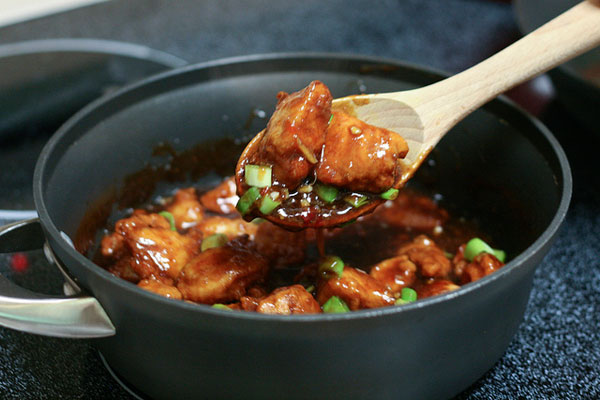 Serve over rice (we like whole grain brown rice) and steamed broccoli. Enjoy! 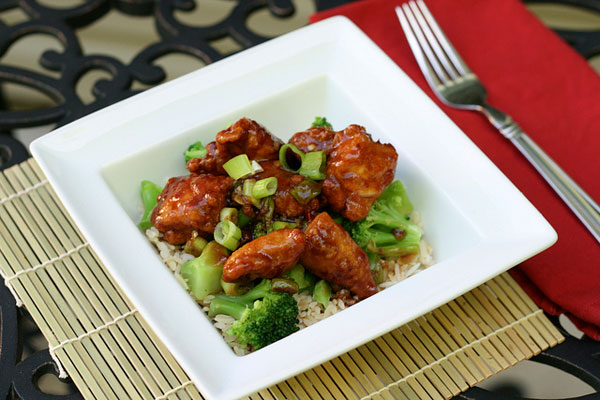 In a separate small mixing bowl, whisk together sauce ingredients.

Heat a dash of canola oil in a large saucepan. Add ginger and garlic and cook until fragrant, 1-2 minutes. Stir in General Tso’s sauce and cook until thick and glossy. Keep sauce warm over low heat.

In a large, deep skillet, heat 1/2 inch of canola oil until bubbly. Add chicken, one piece at a time (you may have to cook this in 2 batches), and fry over high heat, turning once or twice until brown and crispy, about 4 minutes. Drain chicken on a plate lined with paper towels. Then immediately add chicken to sauce, along with scallions. Cook until just coated, about 30 seconds. Serve with steamed broccoli and rice.

(Adapted from Food and Wine magazine)