Last weekend we drove to northern Virginia for Nick’s ten-year high school reunion. Do you agree that Facebook has taken the fun out of this event? Not only do we know who is married, but we’ve most likely seen photos from their honeymoon. We probably know where they live and where they work and the names of their children and, possibly, what they had for dinner on Friday night. There goes the first ten minutes of any conversation you may have with a classmate you haven’t seen or spoken to in ten years.

Nevertheless. It was a good time.

Nick graduated from a class of close to 800, two-thirds of which he claims to never have known and five of which remain as close as family.

He met three of his four best buddies in elementary school, and the last came along shortly after. The only girl of the group joined in high school and married one of the guys.

The boys have grown from Eagle Scouts and state track champions into businessmen and husbands and fathers-to-be. But they will always be young at heart. 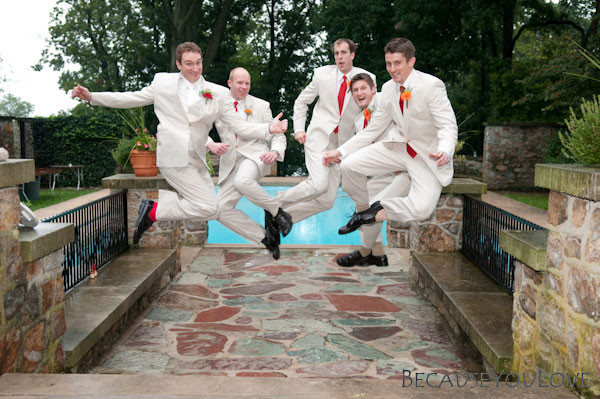 Before the reunion, we gathered at Mike’s new condo. He’s been Nick’s best friend since before Nick knocked out his two front teeth while roller blading in their childhood cul de sac. And he was the best man in our wedding.

Mike thought it would be fun to break out the old yearbook, and the next several hours were spent reminiscing. Their signatures and senior quotes referenced Nintendo and rap songs and ski trips and fart jokes (some things never change). There were also numerous mentions of Nick’s “philosophy on women,” which nobody was willing to elaborate on (probably best left in high school with spiral perms and Starter jackets). And they promised to “always be tight.” That they are.

We started off the night with dinner and drinks at P.F. Chang’s. The plum wine was potent, and the Mongolian beef was chewy. But I’d go back for the lettuce wraps and honey shrimp.

We showed up at Clarendon Ballroom around 9:15, fashionably late, of course. We stuck our name tags to our shirts and eased into the crowd — never straying too far from one another.

I met a girl who dated Nick for three days in eight grade — apparently he broke her heart. And I talked to two girls who were cheerleading squad mates of Nick’s — yes, my husband was a cheerleader during his senior year of high school (so was I). But he was also a champion shot putter, so it evens out. I listened to stories from physics classes and cafeteria lunches and prom and the no-rules football league of which these five are founding members. 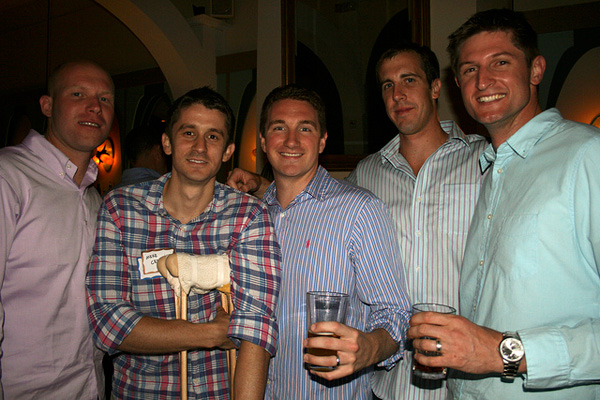 I think we all enjoyed ourselves more than we anticipated. Yes, there were still cliques — girls with long silky hair and short skirts who drank too much and danced on stage with the DJ, a round table of boys in ties and girls in glasses, former football players with thick necks and broad shoulders — but everyone I met was friendly and sociable. 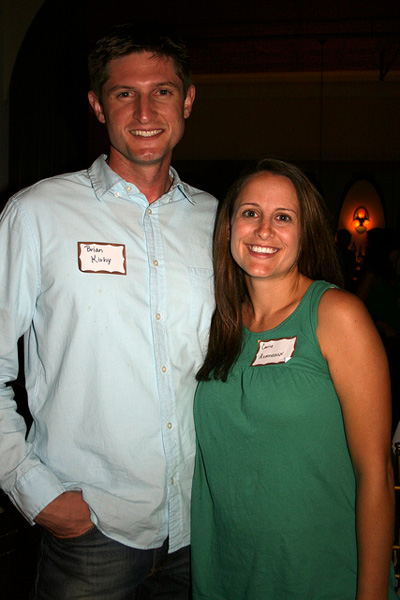 My own 10-year high school reunion is planned for October. I can only hope for a similar outcome. 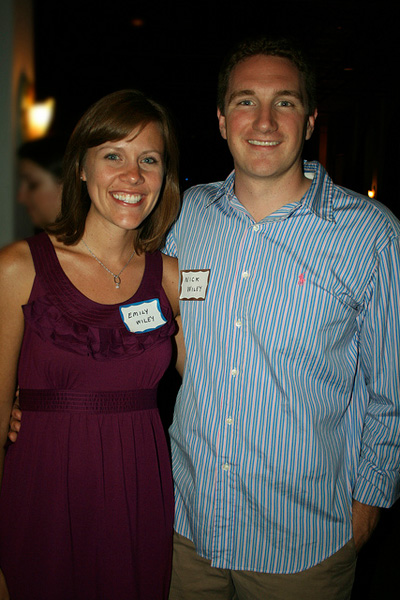 Did you attend your high school reunion? Loved it, hated it, neutral?