it’s easy to predict what a bride does on the morning of her wedding. There’s hair to be twisted and curled and sprayed. Makeup to be applied. A veil to pin in place. Jewelry to be clasped. And, of course, a dress to slip into. But what does a groom do to prepare?

Well, my groom had plans to play nine holes of golf with his groomsmen and father. Unfortunately, the weather changed their plans, and they found themselves at a bowling alley instead, followed by lunch at a local deli. 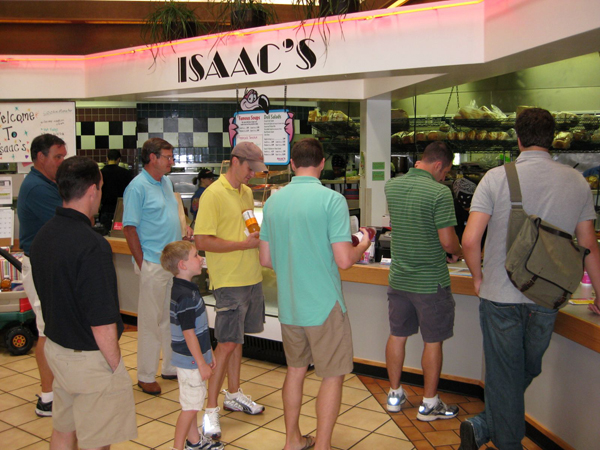 So he exercised and ate. Then what? Back to the hotel to shower and get into his suit, which probably took a total of fifteen minutes. Okay, maybe a bit longer to shave and put some gel in his hair. 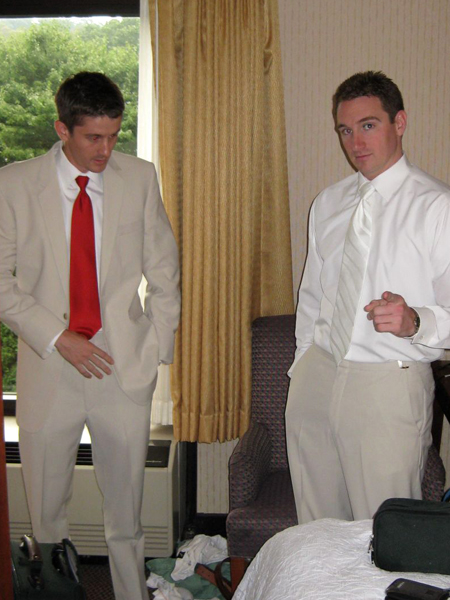 And then the handsome guys were off to Lauxmont Farms with a cooler of beer in tow. 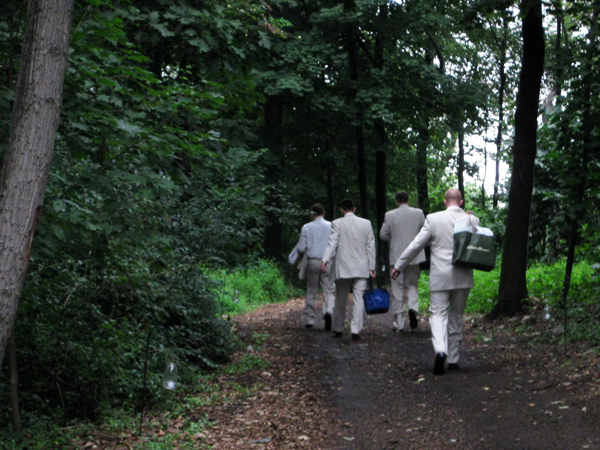 Next: The boys get comfortable in the pool house.

One thought on “Becoming a Groom (part 1)”