I meticulously recorded every detail of my first pregnancy: the kicks, the cravings, the size comparisons to exotic fruits and vegetables, and the nursery that was almost completely decorated before I entered the third trimester. Nick even joined in on the fun and added commentary to our weekly updates. We took a picture of my growing belly every single week, had two different maternity photo sessions, and later created a book dedicated to “Waiting for Peanut.”

I remained pretty adamant about capturing memories during my second pregnancy: the discomforts and indulgences, our gender reveal photo shoot, the excitement of purchasing itty bitty pink clothing, the curtains and bed skirt that I sewed for the nursery. I set up my camera on the tripod and took a bump shot at least once a month and recorded videos of Sam talking to my belly.

But, oh, sweet child #3. At almost 37 weeks pregnant, I am writing my first update since our pregnancy announcement. It’s not that I haven’t cherished every kick and flip and dreamed of the shape of your nose, the color of your eyes, and the warm weight of you against my chest. It’s just that my days are consumed by your big brother and big sister. And having to hold down the fort while Daddy travels for days at a time. But every night, when I finally have a chance to sit down, you remind me of your presence. I place my hand on my belly and feel you push back against it and my heart swells with love for you. So while there may be few recorded memories from the past nine months, please know that they are tucked away in my mind and my heart. 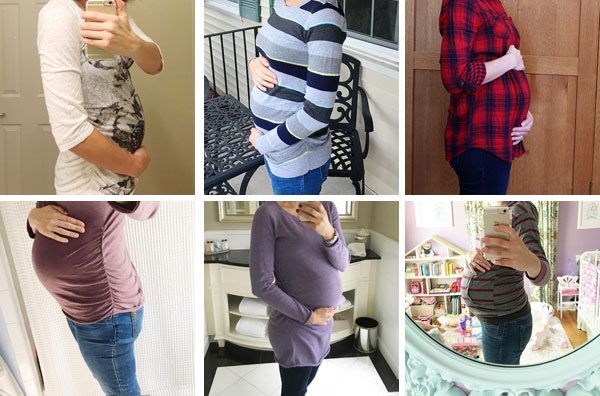 We always knew we wanted a third. And we had barely decided that we were ready to start trying when … bam! Our quickest conception yet. (And, trust me, I know how blessed we are.) Nick was traveling, and I took an early pregnancy test because I just had a feeling. A very, very faint second pink line revealed itself several hours after taking the test, which I knew could be a fluke. So I waited a few days and took another test, and that time there was no denying the bright pink line that appeared almost immediately.

I made a little card for Nick — one blue heart, one pink heart, and one question mark. We laughed and hugged and thought, “Oh my gosh, what are we getting ourselves into?!” We told the kids shortly after. We went out for ice cream, and I asked Sam what he thought about having another baby sister or baby brother. He was surprised and thrilled! And Nora kept saying “baby, baby, baby.”

We had planned to wait a few weeks to tell our families. But my mom and sister suspected it during our visit around 6 weeks. I was exhausted and a little edgy, and they must have asked if I was okay at least a dozen times. By Sunday, Laura finally guessed, “Are you pregnant??”

My very first prenatal visit was scheduled for 8 weeks and set the tone for this wild third rodeo. Nick unexpectedly had to leave town, and I wasn’t able to reschedule my appointment, so I had no choice but to take Sam and Nora with me. I filled my bag with stickers and snacks, double checked that my phone was fully charged, and hoped for the best.

Little did I know that protocol at my new practice included an internal ultrasound to confirm the conception date. Yes, that’s right. I was forced to distract the big kids with Goldfish and iPhone games and had to raise my arm more than once to keep them away from the thin sheet that was draped over my knees while the doc did her thing with the “magic wand.”

I then had to drag them down the hall for blood work and assure them that the needle hanging out of Mommy’s arm did not hurt at all. Despite the wad of gauze and band-aids that followed.

Let’s just say that Daddy owed me big time after that morning. 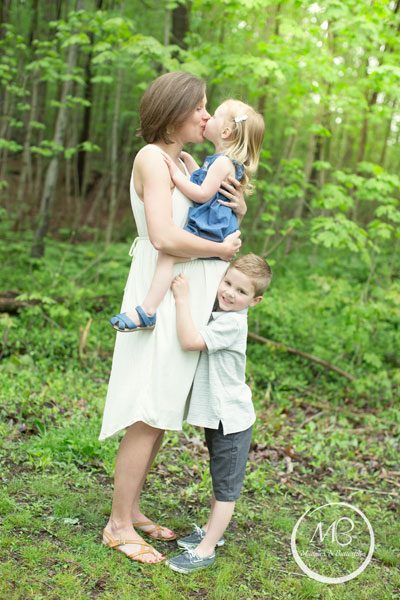 Shortly after that first appointment, the nausea set in, which came as a big surprise because it was not something I experienced with my first two pregnancies. The only foods I could tolerate were bananas, scrambled eggs, and baked potatoes. Thank goodness for the frozen food section at Trader Joe’s, which sustained the kids while Nick was traveling. Did I mention that he traveled a lot during the first trimester??

There were many, many days that required a morning nap after preschool drop-off and an afternoon nap after I put Nora down. The kids watched an obscene amount of Netflix on the iPad while I slept beside them on the couch. And I started the countdown until bedtime around 5pm every night. Those first few weeks were all about survival.

Fortunately, Daddy was able to join us for the 12-week ultrasound, as well as both Sam and Nora. Sam was especially amazed by the “hot lava” on the screen (which the tech thought was hilarious), and he kept referring to you as “her” and “she.” Yes, he was convinced from the very beginning that he was getting another sister. 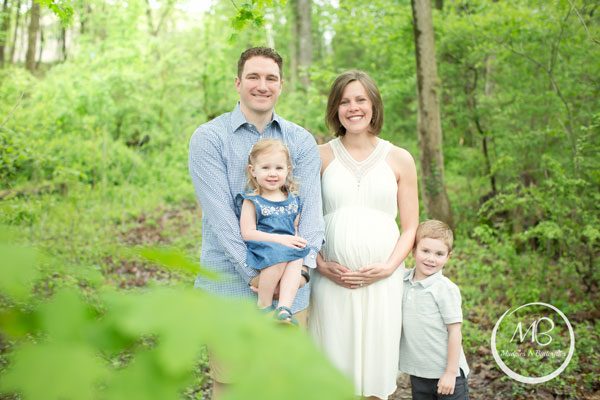 The second trimester has always been my favorite. The bump is finally significant enough for strangers to notice, but doesn’t yet get in the way. Tiny movements are a daily reminder of a growing peanut’s presence, but aren’t yet strong enough to cause pain. The body has made necessary adjustments and energy levels are high. And this time was no different.

I tackled house projects and cooked meals and chauffeured the kids to karate and gymnastics and birthday parties. We traveled to Williamsburg and Greensburg and made several trips to Dover. We hosted friends for dinner parties and weekend visits. I shoveled snow and built blanket forts and baked cookies during the coldest days. I even spent a weekend in Boston with my girlfriends. 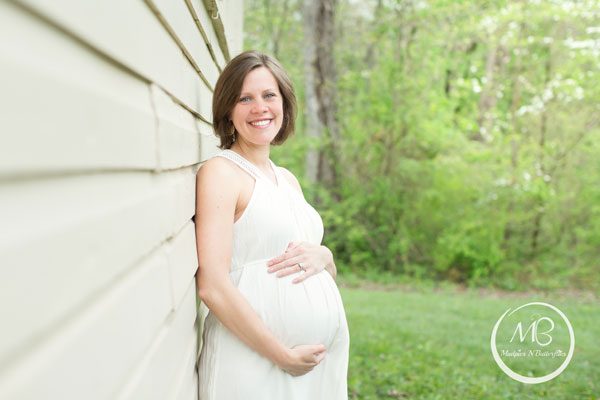 If the second trimester was marked by energy and enthusiasm and ease, then the third trimester will be remembered by increasing discomfort and fatigue, sleepless nights and sore muscles, little motivation to cook or clean, viruses and allergies, hormones, and tests in patience and flexibility and acceptance.

Sam brought home lots of nasty preschool germs and was pretty sick for two weeks. Of course, Daddy was traveling again (!!), which left me responsible for all middle-of-the-night wake-ups. Because what’s a few less hours of sleep when you have to get up multiple times to pee and blow your nose? I caught the tail end of his virus and had a cough for over a month before I requested an antibiotic from the doctor. There were lots of steamy showers before bed, peppermint oil in the humidifier every night, and cancelled plans.

I did manage to spend several days in Dover while Poppy recovered from surgery and radiation treatment. It was an emotional rollercoaster for a few weeks, which left this hormonal momma feeling drained and guilty that I couldn’t do more to help.

Finally, big sister Nora tackled several major milestones, including ditching her binkies and diapers and transitioning to a big girl bed. All three required time and patience to adjust. And, of course, later bedtimes and less sleep all around. Plus, between pregnancy and potty training, I think we’ve visited half of the public restrooms in Morris County.

Fortunately, Daddy and I were able to escape to NYC for a weekend to indulge in delicious food that required no sharing with little mouths, adult conversation and a Broadway show, long walks without kids pulling us in opposite directions, and uninterrupted sleep. We called it our mini babymoon. 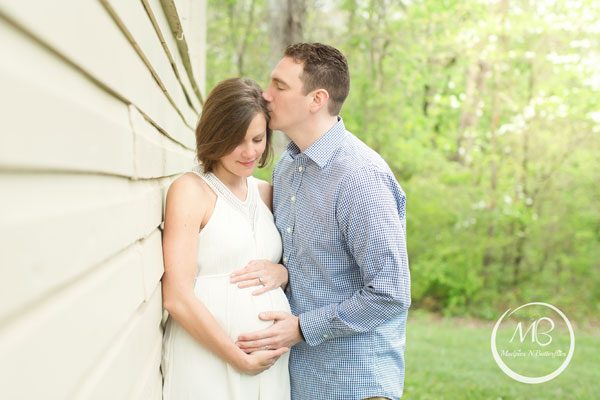 Being pregnant while also being responsible for a preschooler and a toddler may make my days more challenging, but it also makes them sweeter. The way that Nora rubs and kisses my belly and constantly asks, “I hold baby?” She talks about meeting you at the hospital every time we pass it (which is pretty much every day). She has accompanied me to almost every doctor’s appointment, thinks it’s hilarious that I have to pee in a cup, and loves to move the doppler over my belly to hear your “heart beep.” She still loves to snuggle in my lap — even though there’s barely any room to do so — and says, “Oh, I feel baby move!” when she feels your kicks against her chest.

Then there’s big brother Sam: observant and inquisitive. He walks around with a rubber ball under his shirt and says his belly is bigger than mine, tells his friends that my belly button has disappeared, and asks how does the baby eat inside my belly and how will the baby come out of my belly. He still always refers to you as “her” and “she,” although if Nora is nearby, he will happily argue that you are a boy. He may find pleasure in irritating his sister and pretend to be a ninja the majority of every day, but I know he will be so sweet and tender with you. 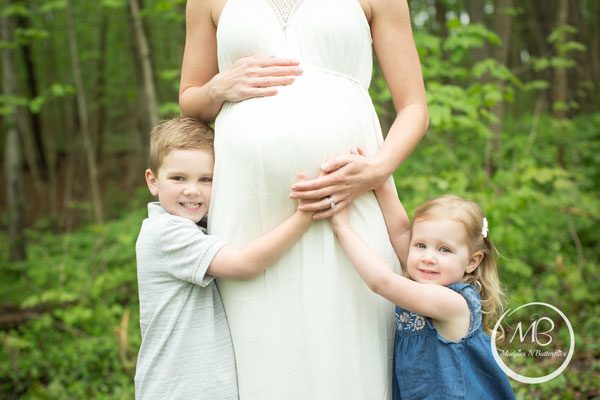 A few more things that I want to remember: How you like to hang out on my right side, which means it sometimes feels as though your little feet are nearly wrapped around my back. And how you toss and turn at bedtime until I agree to roll onto my right side. How I eat a bowl of Cinnamon Toast Crunch or Life cereal every night. And like to drink Ginger Ale and LaCroix pineapple strawberry sparkling water. How I know my belly has dropped because it now hits the sink when I wash the dishes. How the extent of baby prep at almost 37 weeks has included moving Nora’s old crib into our bedroom, unpacking unused newborn diapers, washing hand-me-down clothes from your brother and sister, and buying a new diaper bag backpack that I can also use to tote around big kid necessities.

Sometimes I get caught up in all that still needs to be done: locate the bottles and the breast pump, wash and install the car seat, prep food, pack my hospital bag. But I’ve admitted that I need to slow down, accept help when it’s offered, and give myself some grace. I no longer attempt to walk Lucy while simultaneously pushing the double stroller. I have requested that Daddy do baths and carry the baskets of laundry up and down the stairs. I’ve accepted that grilled cheese or delivery pizza are okay dinner options. And I welcome invitations from mommy friends to help with the big kids so I can get some rest.

As long and demanding as the days may seem, not one goes by that I’m not thankful for the healthy and thriving life growing inside of me. Hearing your heartbeat and feeling your tosses and turns are a constant reminder of all that we have to look forward to.

We are so excited to meet you, little one!