Santa made a special stop at the Wiley House this year. He visited us on the 23rd so we could spend a quiet day together before heading east on Christmas Eve.

Sam was at our bedside by 7:15am, begging to go downstairs. But I convinced him to wait at the railing with his sister while I “checked to make sure that Santa really came.” Nora didn’t quite understand the excitement, but, as usual, she followed Sam’s lead. 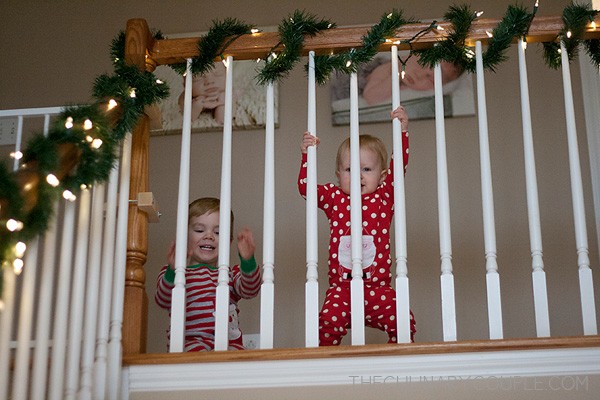 It’s impossible to capture the pure joy on your child’s face when he discovers the magic of Christmas morning. 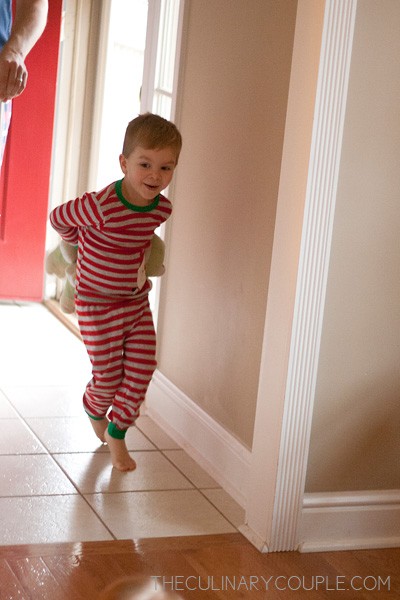 Santa was certainly good to the kids this year. And Sam would have opened every single gift in less than five minutes, if we didn’t pace him. 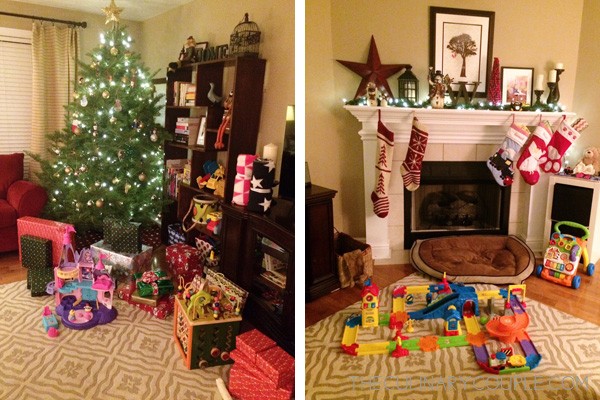 Favorite gifts included: Disney Princess Castle, Magna-Tiles, VTech Train Station, and a pair of binoculars. I love that the Paw Patrol pups ended up inside the princess castle; Cinderella rode the train around the track; and the “little tiny Lego guys” were found inside the tower built of “magnet blocks.” 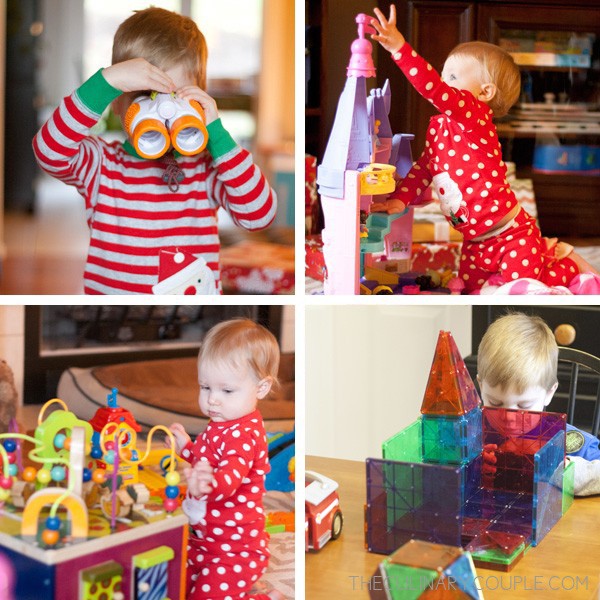 The kids played with their new toys while Nick and I sipped our coffee. It was our first Christmas morning as a family of four, and it was as wonderful as I had anticipated. Yes, there was the occasional sibling squabble. But that’s to be expected with a three-year-old and an almost-one-year + a room full of stimulating new stuff. 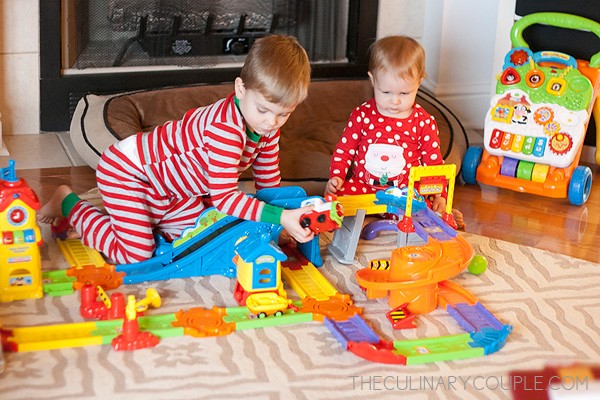 We eventually took a break to eat — our favorite doughnuts from the grocery store and milk from the mugs that Bobby the Elf brought. 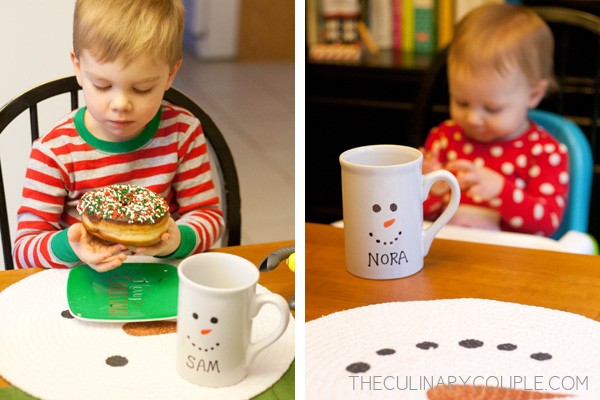 Lucy got some new bones and chew toys, too. 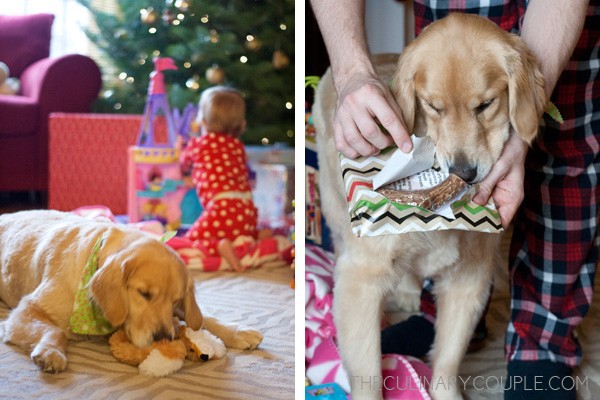 I was pretty excited for Nick’s gifts this year. Sam painted an extra large coffee mug for him. And I made framed silhouettes of the kids to hang in the office. 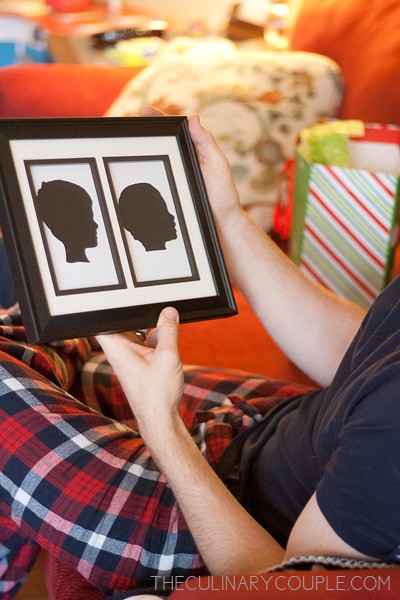 Though it was definitely the remote control helicopter that got the most attention that morning. 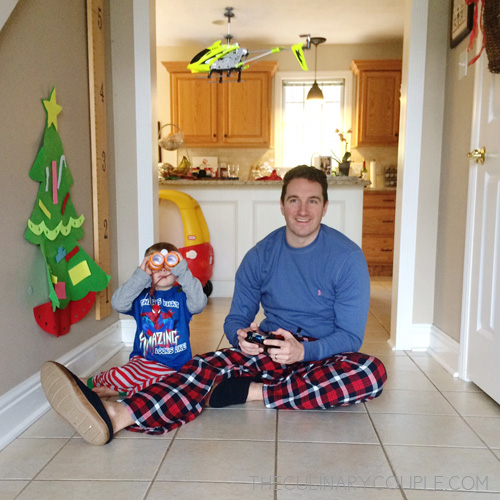 (I enjoyed my big gift the day before — a 75-minute massage. Plus our new entryway table that arrived a few days later.)

We probably would have spent the entire day in our PJs, if we weren’t expecting an afternoon visit from my brother and his girlfriend. We enjoyed brunch and chocolates from their favorite local candy shop. 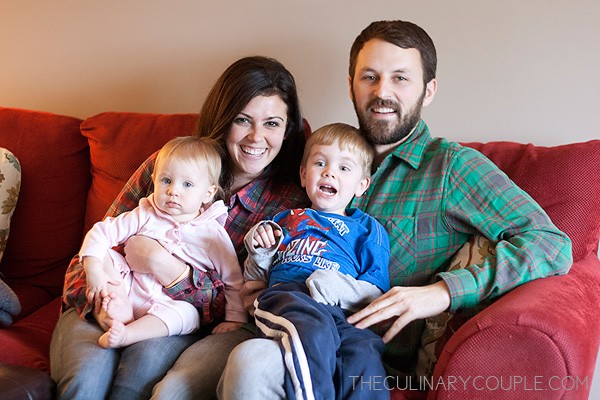 We finished our “Christmas Day” with a simple ham dinner and the new Planes movie. Then after the kids went to bed, Nick and I packed the car for part 2 of our holiday celebrations.