It has been nearly 18 months since our sweet cousin, Lauren, lost her life in the tragedy at Sandy Hook. And a few weeks ago, we had the opportunity to join an amazing team of volunteers to construct a playground in celebration of Lauren’s love for children and her passion for teaching.

The Sandy Ground Project was created by a group of New Jersey firefighters to honor the victims of Sandy Hook and to also help rebuild communities affected by Hurricane Sandy. The 26 playgrounds sit along the coast of New York, New Jersey, and Connecticut and are personalized to represent each life lost. Lauren’s playground is on Long Beach Island, NJ. 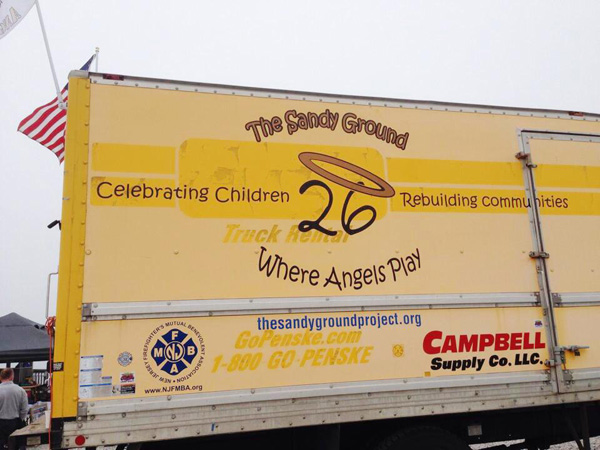 I just cannot give enough praise to the people who support this project — firefighters, police officers, teachers, community volunteers. They considered every detail and built a memorial that we were all honored to be part of.

Grandma was named project foreman for the weekend and shoveled the first dirt from the site. 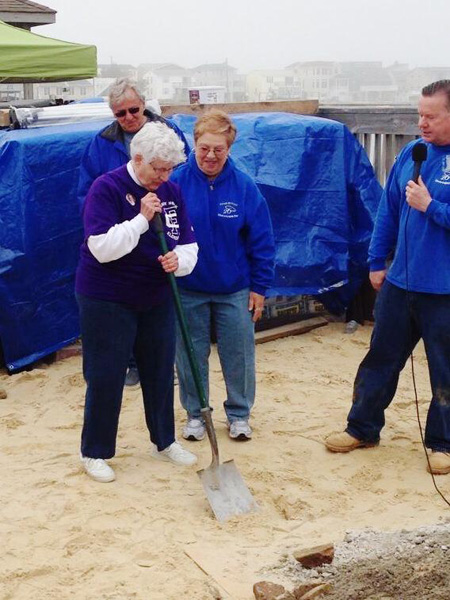 And then she added her hand prints to Lauren’s mother’s and father’s in a plaque that sits near the entrance to the playground. Grandma’s hands were framed with a heart of 30 1982 pennies, to represent the year Lauren was born and the age she was when she died. 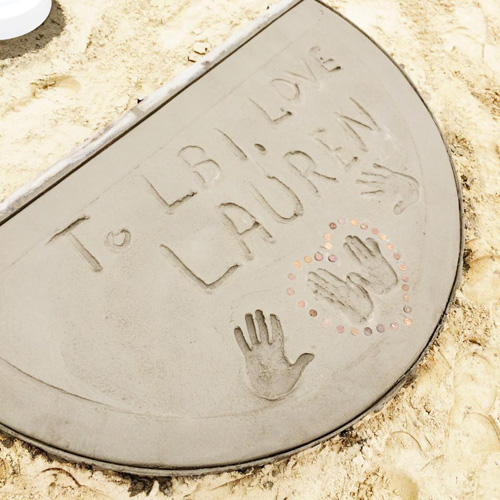 We dug dirt and drilled and assembled the purple playground until the sun set. There were butterflies and cats, and Lauren would just love it. 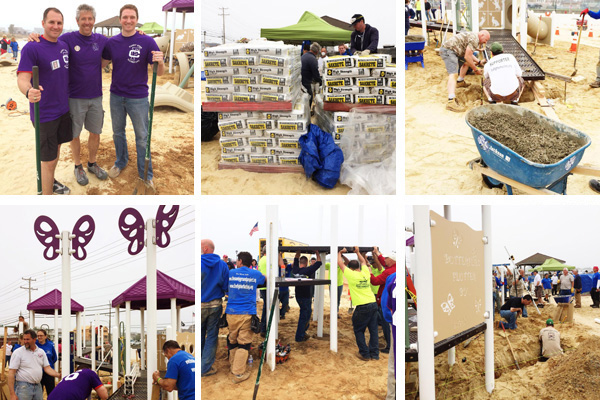 We laughed and cried with family members and new friends. 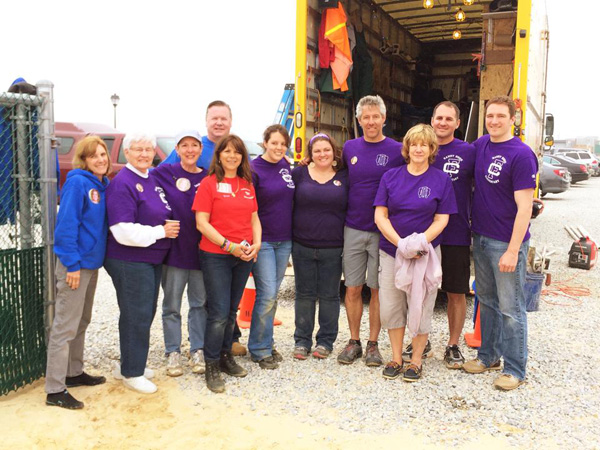 Sam and his cousin and their new girlfriends filled buckets with sand and built castles to their little hearts’ content. 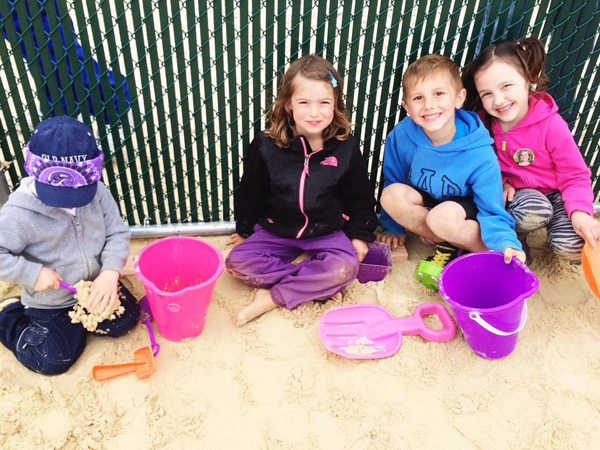 And, of course, little man had to get in on the construction action. He was also the first to test the tube slide! 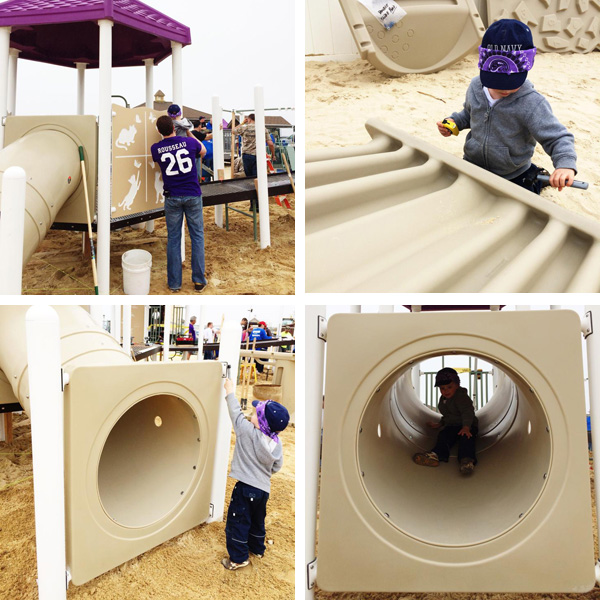 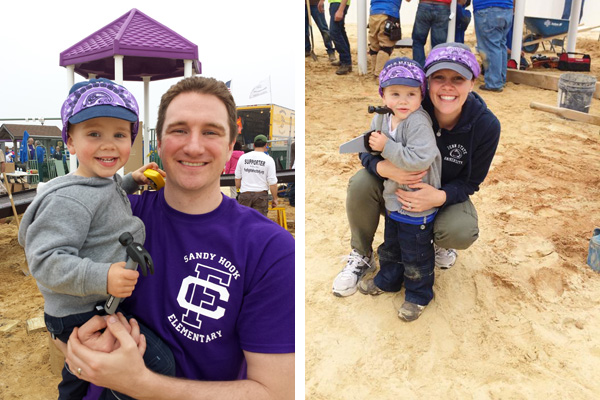 Nora was pleased to be passed from one family member to the next.

Each of us was asked to shovel some dirt over a section of the playground that will forever keep a photo of Lauren buried beneath it. 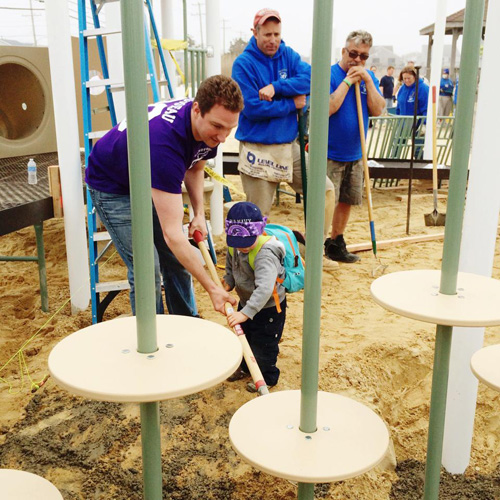 It was a day of reflection. And a day of celebration. 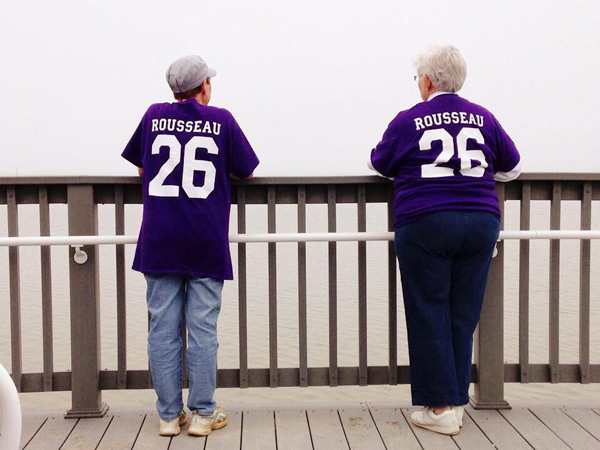 Hard to believe that this was an empty stretch of sand just hours before. 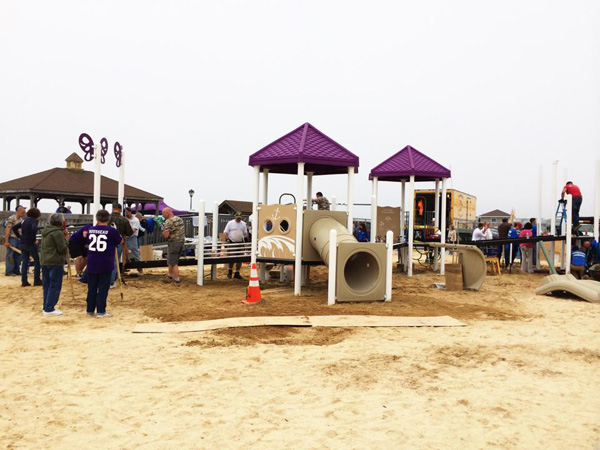 The next day we took some time to explore the island, including Barnegat Lighthouse State Park. 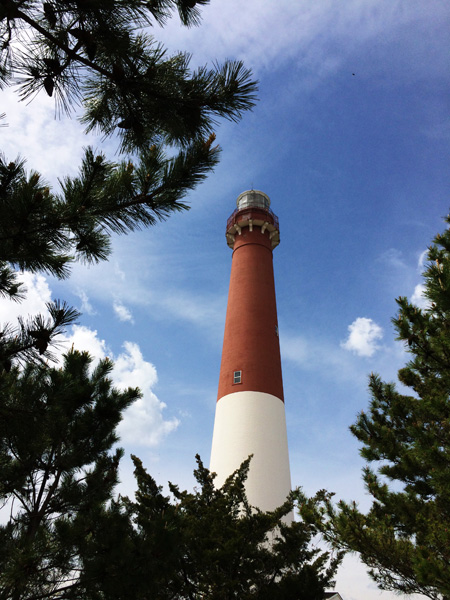 It should come as no surprise that Sam climbed all 200+ steps by himself, while wearing his backpack. He wants so much to be just like his cousin, Jackson! 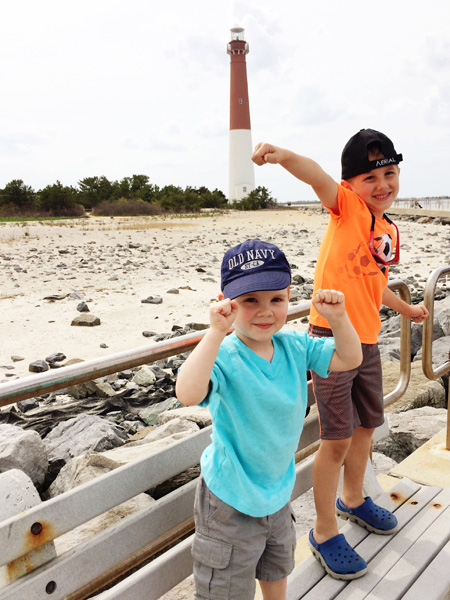 Later that night we were invited to dinner with The Sandy Ground Project crew. And we were, once again, amazed by their love and generosity. 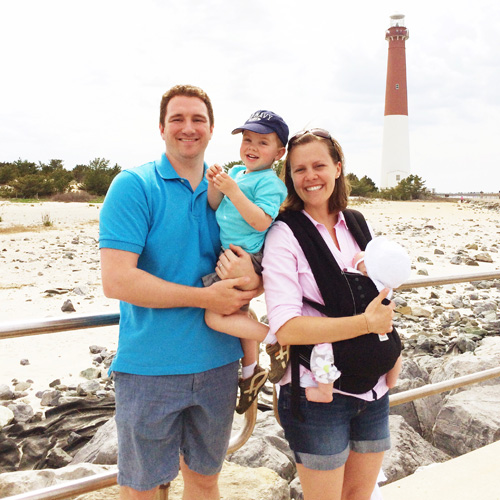 We woke up on Sunday to beautiful sunshine — the perfect day to dedicate the playground to Lauren. 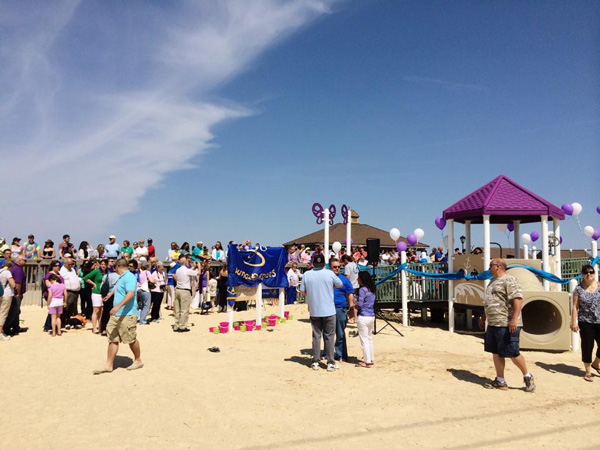 Dozens of townspeople came out for the ceremony, and we were so thankful for their support. 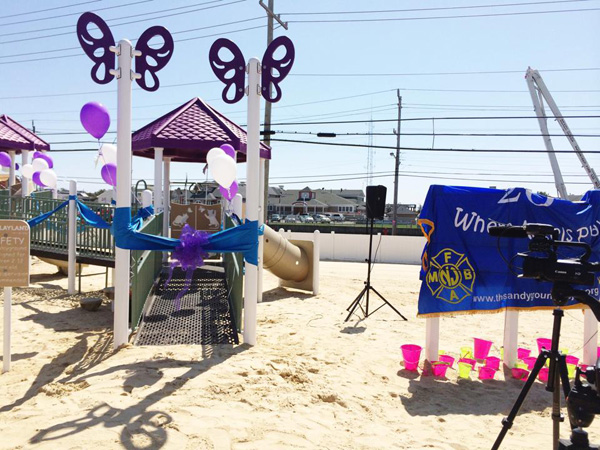 The morning was just incredible. Several people offered kind words about Lauren and thousands of dollars were donated to The Sandy Ground Project from the city of Long Beach Island. A member of the team performed a beautiful song about “where the angels play.” Kirsten and Amy (Lauren’s cousins) raised the flags that will soar over the playground. 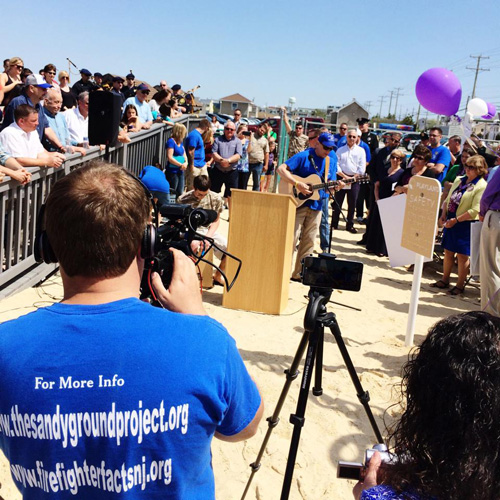 We distributed pennies to everyone in attendance to wish them luck, just as Lauren’s mother had put a lucky penny in her shoe on her first day of kindergarten. And, to everyone’s surprise, a plane soared overhead with a message from Lauren: “Be strong, and stand with me.” 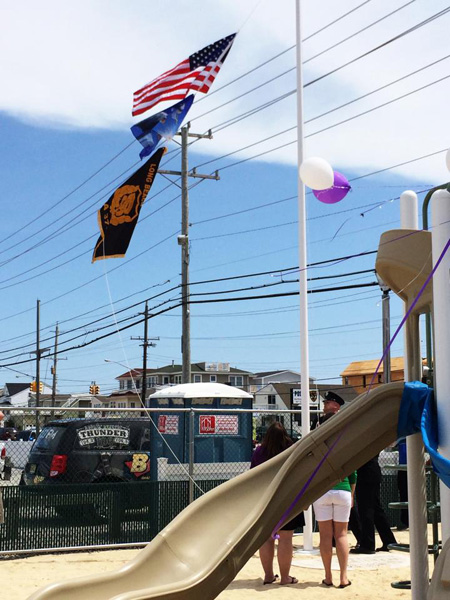 Grandma received her official foreman hat, and Lauren’s brothers received a replica of the bell that hangs atop the playground. (You must read the story of these bells.) 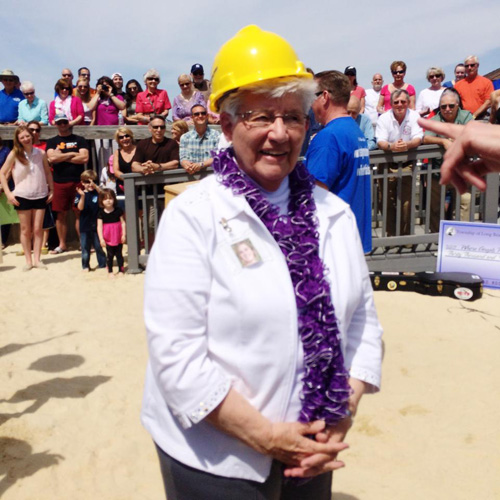 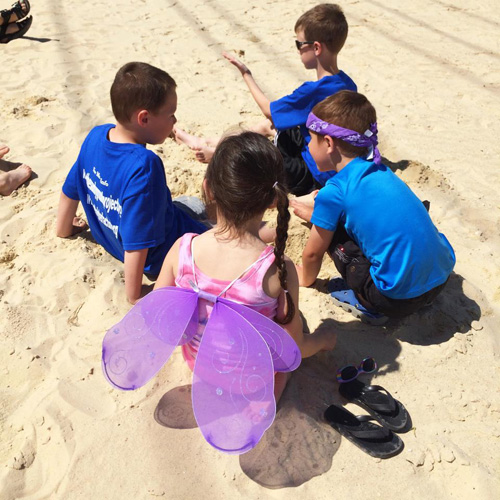 Finally, they unveiled the dedication sign — perfectly true words about our cousin. 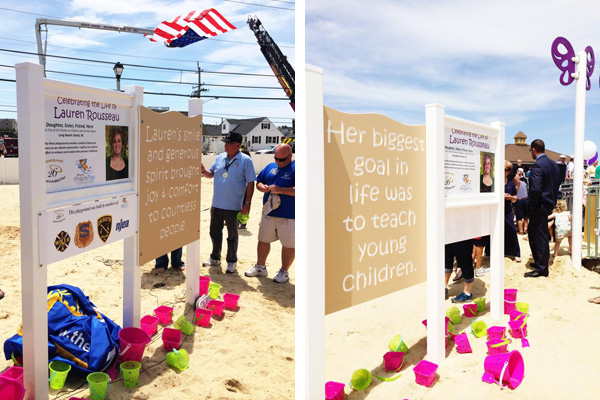 Then they released the kids to PLAY! 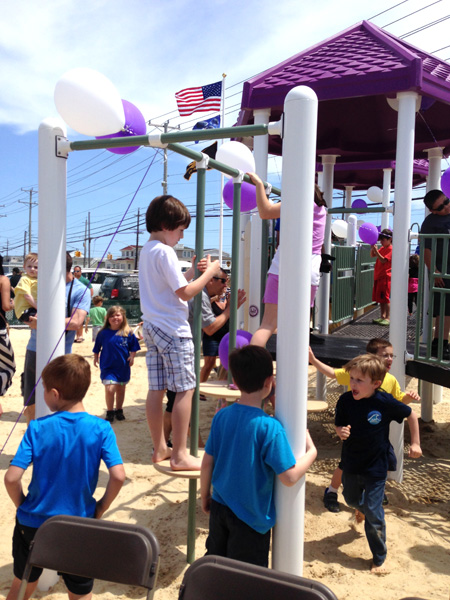 It was quite appropriate that Nora’s first trip down a slide was at Lauren’s playground. 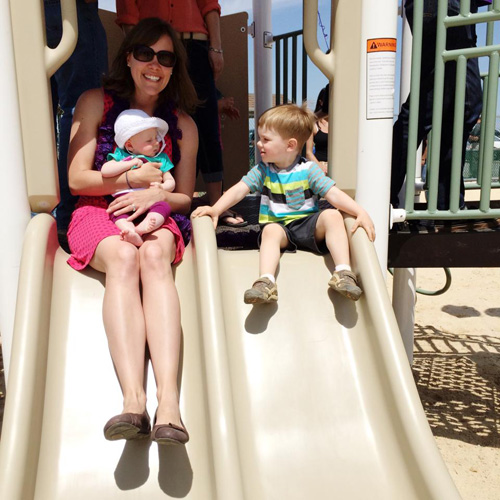 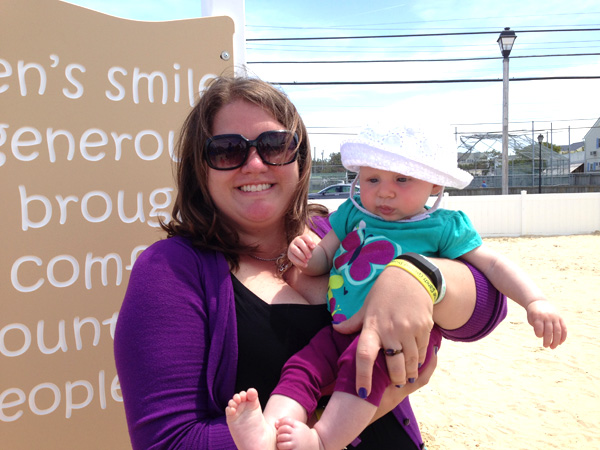 We could not have asked for a more wonderful weekend. And we find great comfort in knowing that this playground will bring  joy to children for many, many years. It’s exactly what Lauren would want her legacy to be.