This Thanksgiving was an especially celebratory one. Our traditional turkey dinner was coupled with the wedding festivities of our cousin, Erica. 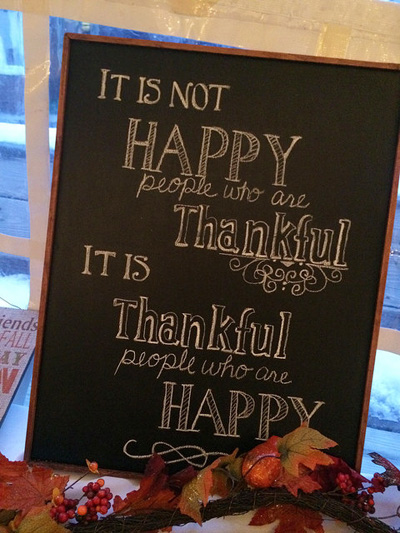 The dinner was beautiful — and catered, which meant no dirty dishes! And although the ground was covered with snow, it was warm and cozy under the tent. 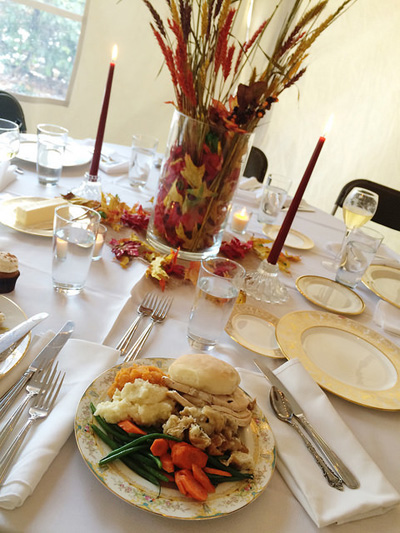 Sam was thrilled to spend time with his cousins, Sean and Jackson. They played LEGOs and colored pictures and watched movies, and he basically didn’t leave their sides the entire weekend. 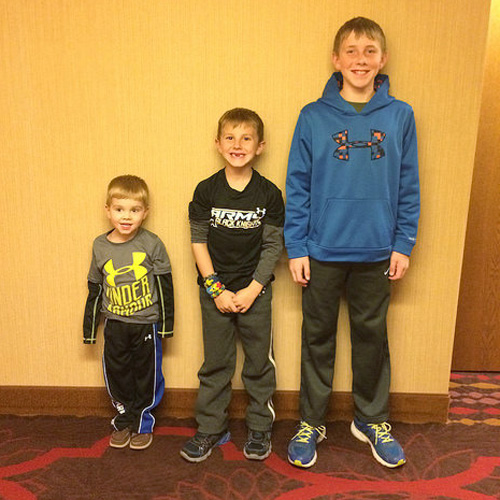 After I put Nora to bed on Friday night, Nick and I went out for drinks with some family members. I don’t know who had more fun — us or Sam! 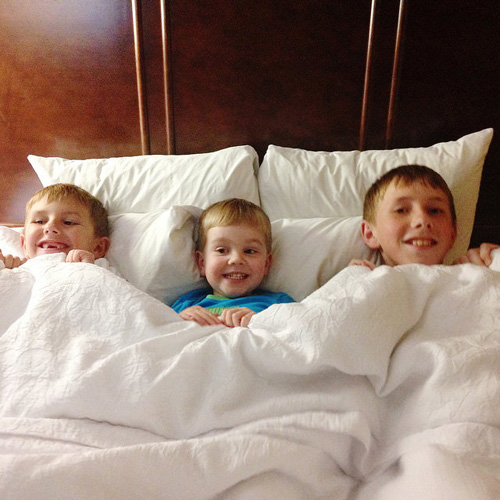 Saturday was Wedding Day! And it took about 20 minutes to convince Sam to button the top button of his shirt so I could attach the bow tie. He also wore cuff links and suspenders as part of his Ring Bearer ensemble. I could hardly stand the cuteness. 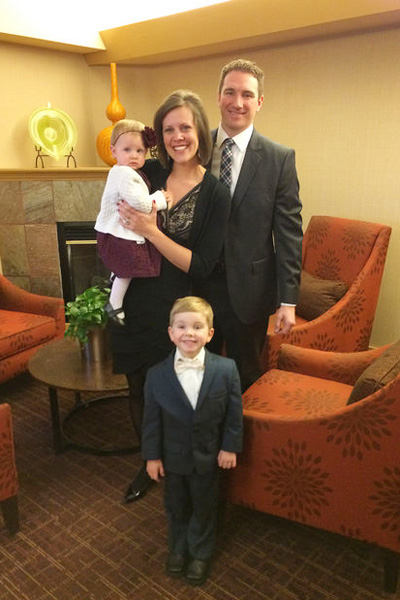 Eric was stunning! I love that I got to see her before she walked down the aisle — one of the perks to being the momma of the Ring Bearer. 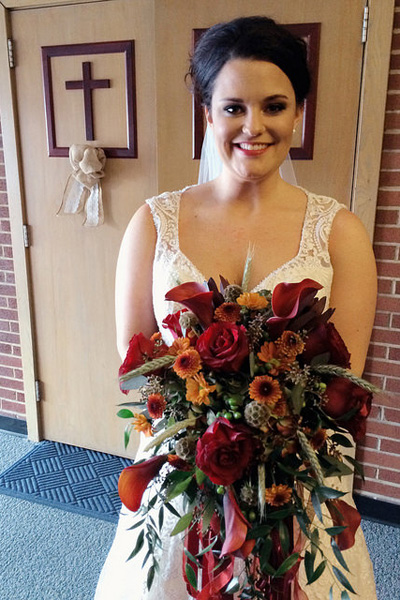 This was Sam’s third Ring Bearer appearance this year. And he totally nailed it! It helped that the Flower Girl looked like a real-life princess. They held hands for a good five minutes before they even walked down the aisle. We have decided that he is now ready to rent out for upcoming weddings. 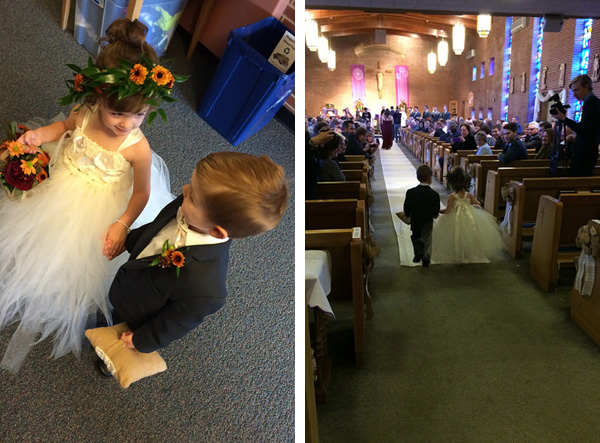 It was really special for Nick’s four siblings to be together this weekend. His oldest brother returned from a one-year deployment in Afghanistan just a few weeks prior, and his other brother left for (thankfully a very short trip to) Afghanistan the following day. 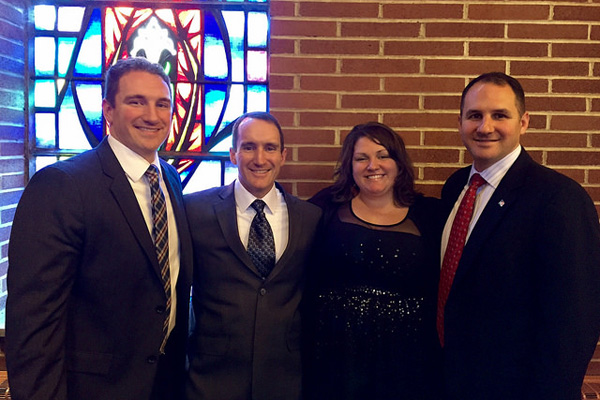 The reception venue seriously took my breath away. Every detail was accounted for and executed perfectly. 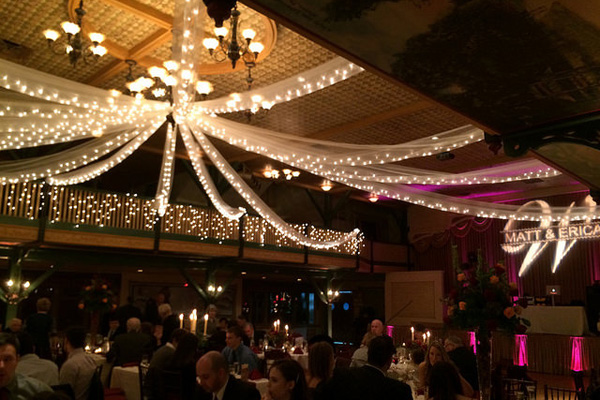 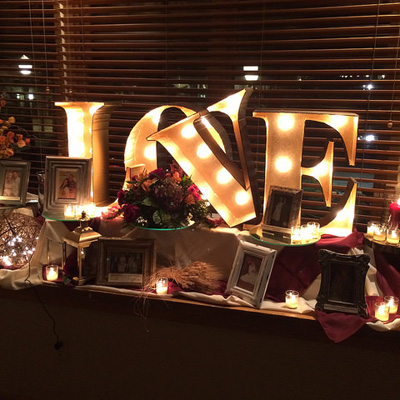 And, wow, does the Wiley Family know how to party! The DJ was not your typical wedding DJ. This guy knew how to spin records, literally. I was basically on the dance floor the entire night. And so was Sam — until he could barely keep his eyes open any longer, and he hitched a ride back to the hotel. 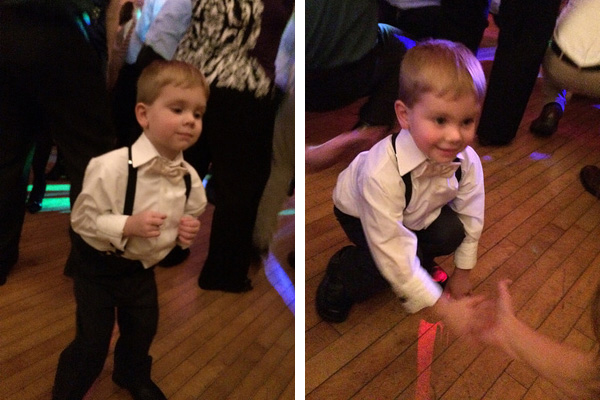 The weekend was filled with so much love and gratitude. Congratulations to Matt and Erica!