With a late September birthday, it was difficult to find a school that would take Sam this year. But I really wanted to get him into some sort of organized program. He has never spent time away from me, and I felt it would be beneficial to his social development. And, admittedly, I was looking forward to devoting a few hours each week to Nora. 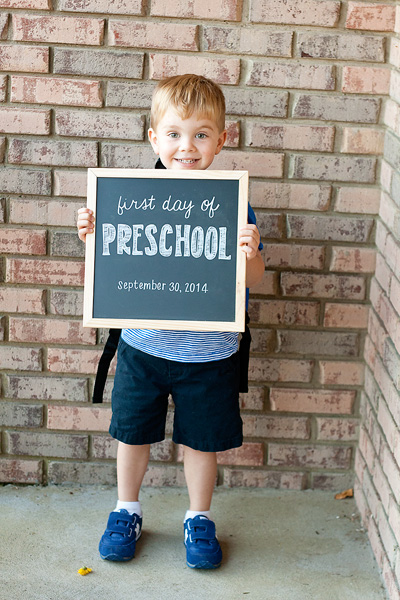 We toured the Taylor Street School over the summer, and we were pleased with the structure, the flexibility, and the philosophy. They offer rolling enrollment, which means Sam could start as soon as he turned three. Classes are small and mixed ages, and because they are also a daycare facility, kids don’t have to be potty-trained before starting. Plus, plus, plus, and plus. 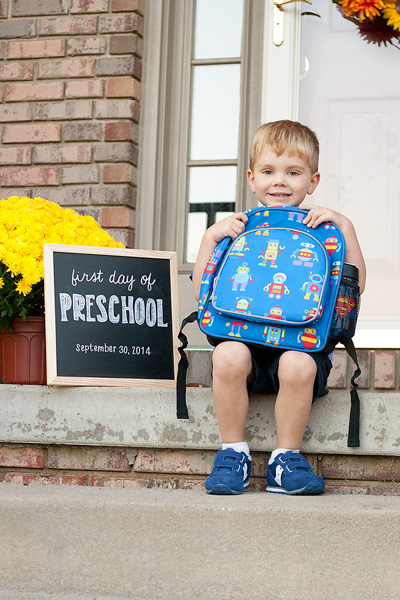 The night before his first day, we talked about the new friends he would make and the fun he would have. But my heart almost broke when he asked, with a quivering voice, “But where are you going to go?” and “Who will stay with me?”

Despite the hesitation that night, Sam woke up excited and ready to go! He wore his new shoes and his robot backpack while eating breakfast from the “you are special” plate, and he looked so proud as he posed for pictures on the front porch.

Nick and I were really pumping him up, too, although he kept telling us to “calm down” and “settle down.” 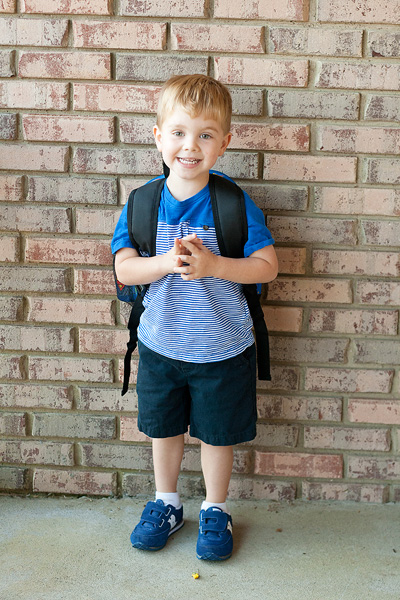 We arrived at school, and he walked in like it was no big deal — a little bittersweet for this momma! 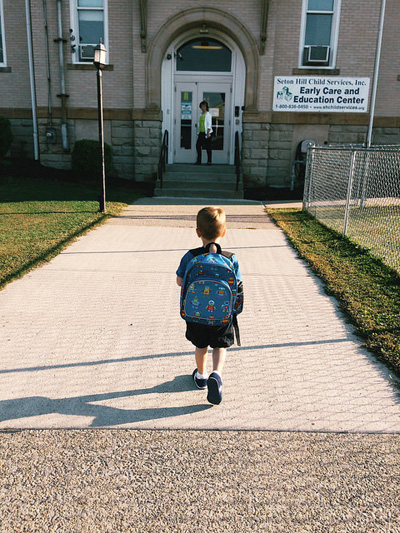 There were no tears as he hugged us goodbye. And he walked with such confidence right over to the play kitchen that he had been talking about since we visited the school a few months prior. 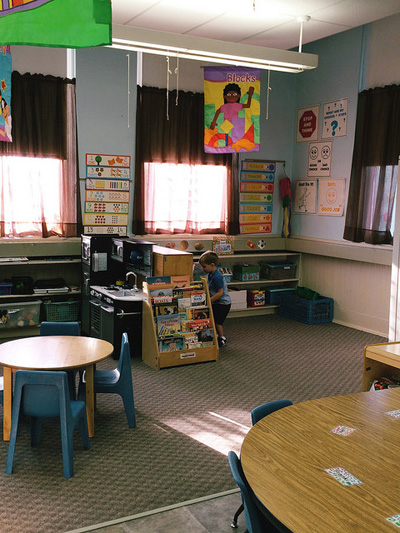 I am just so darn proud of this kid. Almost two months later, his teachers say he is making friends and following directions, and he looks forward to going every day. I’ve noticed changes at home, too. He will actually sit and focus on learning activities and puzzles and board games.

I know not every parent sends their child to preschool at age 3, but it was definitely the right decision for us.